Bigg Boss 10 host Salman Khan‘s nephew Ahil is surely the most beloved member of Khan Family. Moreover, Salman adores and can do anything for this cute little munchkin. Salman and Ahil have always stolen the limelight with their adorable appearance and this time, the duo took over Bigg Boss 10 stage.

Salman Khan and Ahil are the best mamu-bhanja and their recent pictures from the sets of Bigg Boss 10 will leave you awestruck. One can see in photos, Salman is teaching Ahil to be a host like him and it’s too adorable. One just can’t get eyes off from these cute photos of Ahil and Salman. It seems, Ahil is already a born star and will follow his Mamujaan’s footsteps when he is all grown up. Don’t you think so? Isn’t Ahil like Salman Khan already?

As per reports, while Salman Khan was shooting for Bigg Boss Weekend Ka Vaar episode on Friday in Lonavala, his sister Arpita Khan, brother-in-law Aayush and little nephew Ahil dropped by to meet him. Ahil looked quite happy and cheerful to see his mama hosting Bigg Boss show. After the shoot, Salman Khan took his nephew on the stage to pose for the shutterbugs. The adorable photos have already taken social media by storm.

Stay tuned to businessofcinema for updates on Bigg Boss 10. 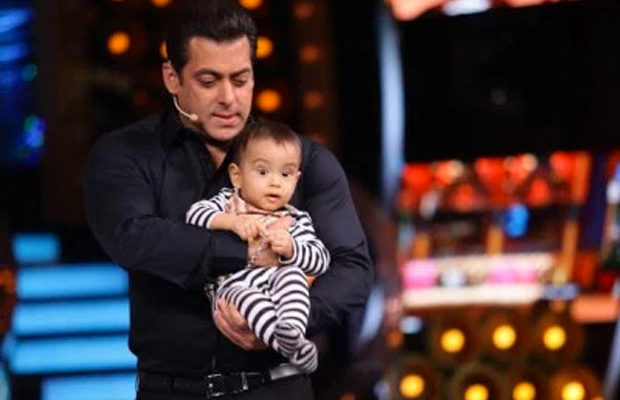 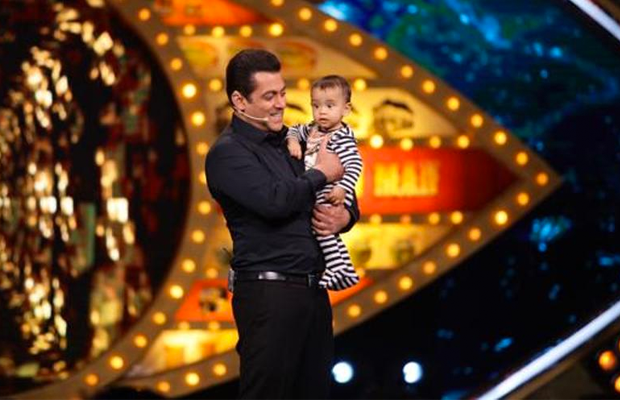 Also Watch Video: Salman Khan And Shah Rukh Khan’s Reply On What Would They Have Done If They Were Bigg Boss 10 Contestants