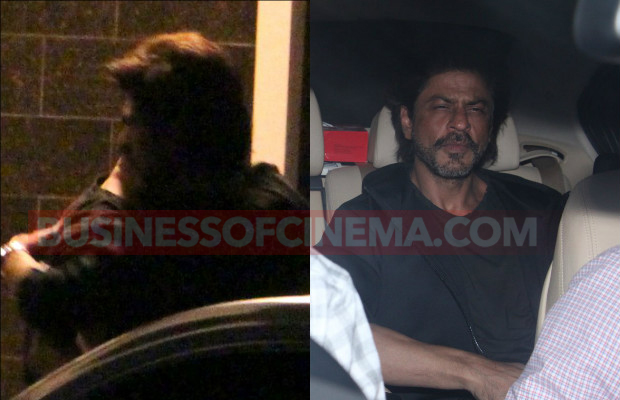 Bollywood actor Shah Rukh Khan visited Salman Khan’s Galaxy apartment last night for a house party. Shah Rukh Khan, who is riding high on success with his recently released film Dear Zindagi, dropped at Salman Khan’s residence at around 12 am.  The duo partied until wee hours of the morning and well, Salman played a perfect host as he even came to drop his frenemy till the car. The duo hugged each other and also had a small chat before leaving.

Also seen in their company were Suniel Shetty, Sohail Khan, Arbaaz Khan, Sajid Nadiadwala, Sooraj Pancholi and few others. Looks like the guys had an awesome night together over a few drinks.

Last week, Salman Khan visited Mannat to attend Coldplay’s after-party, hosted by Shah Rukh Khan. This time around, Salman Khan played a perfect host and hosted a get together at his residence for his close friends and family.