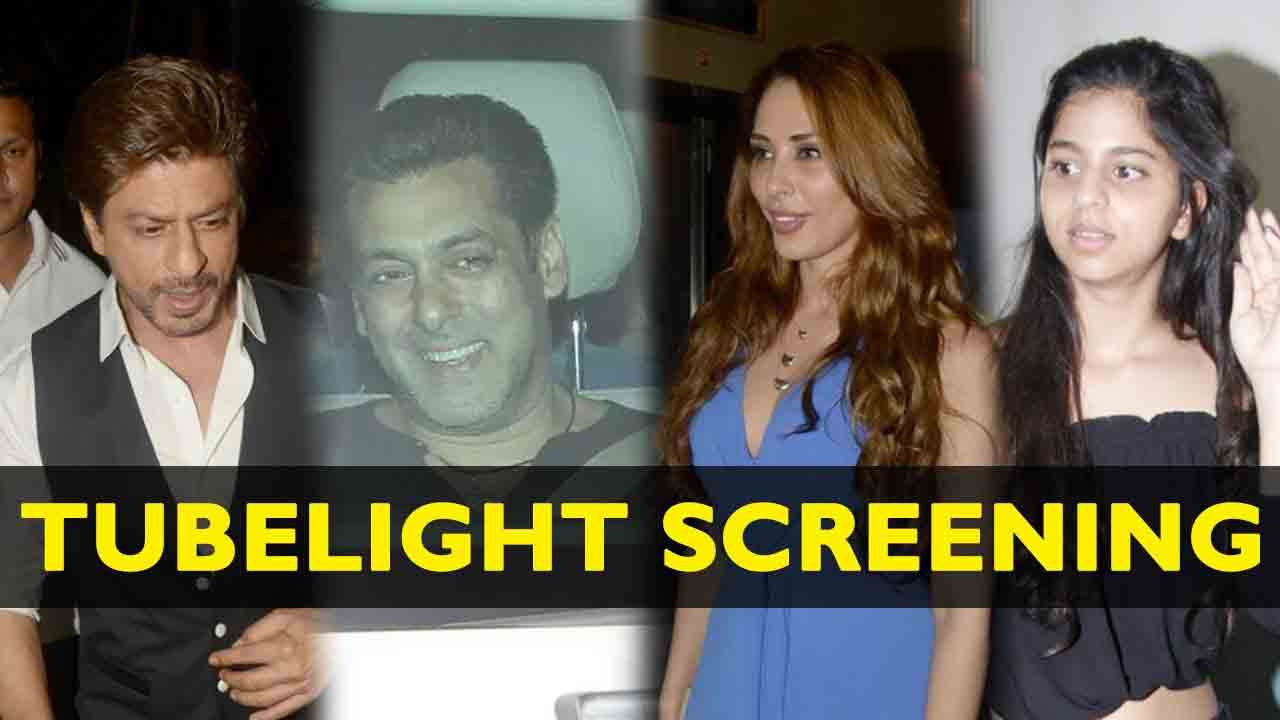 The screening of Salman Khan’s Tubelight was attended by a whole host of celebs, right from the designers of B-town to the singers as well as TV actors.

The Bollywood superstar Salman Khan’s much awaited film ‘Tubelight’ has been finally released today. The bookings of the shows had started much earlier and it will be finally today when Bhaijaan’s fans will be able to watch the film.

But before showing it to the world, Salman Khan held a special screening of the film speacially for his friends and family. The event was attended by a whole host of celebs, right from the designers of B-town to the singers as well as TV actors.

Amongst the guests, who stole the limelight was once again Shah Rukh Khan’s daughter Suhana Khan. The star kid, as usual was spotted in a stylish look. She was seen wearing an off-shoulder black crop top paired with dark blue ripped jeans and platform heels. Shah Rukh Khan, who has a cameo in the film, was also present at the screening.

Another lady who caught our attention was Salman’s alleged girlfriend Iulia Vantur, who was looking ravishing at the event. She was adorning a blue jumpsuit accessorizing her look with high heels and a beige sling bag.

Arshad Warsi and Remo Dsouza was there with his family. Himesh Reshammiya came with his alleged girlfriend Sonia Kapoor.