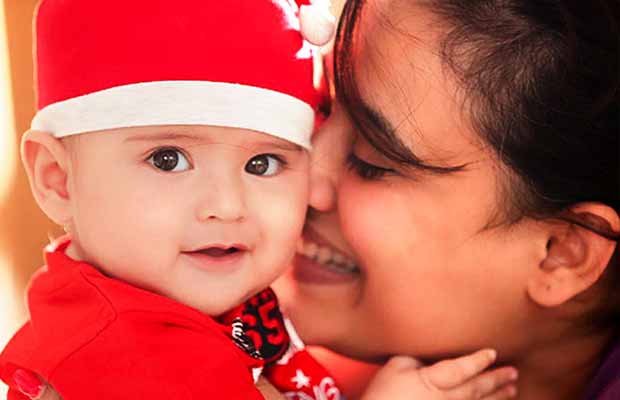 Shweta Tiwari shares some adorable pictures of her son Reyansh.

The TV actress Shweta Tiwari is one of the most popular actresses of the small screen. Most of us know her as ‘Prerna’ of the daily soap ‘Kasautii Zindagii Kay’.

Well, a long time has passed since the end of that daily soap and the actress has come a long way.

Shweta, already a mother of a daughter named Palak, gave birth to a baby boy on November 27, 2016. The little baby has been named Reyansh. And he resembles a lot to his dad Abhinav Kohli.

Shweta is quite active on the picture-sharing site Instagram. She has been sharing some adorable snaps of her cute little munchkin. Her pictures are a clear proof that she is very much enjoying her life with her family and especially with her new bundle of joy.

Sharing her baby boy’s name with the world, Shweta had posted an adorable snap of her holding the baby’s tiny hands. She captioned the picture as, “Reyansh Kohli… From the moment they placed you in my arms, you snuggled right into my Soul”

The actress was earlier married to Raja Chaudhary. But the relationship ended after a span of 10 years. They got separated in the year 2007 and the actress started dating Abhinav Kohli. After seeing each other for three years, both of them tied the knot in 2013.