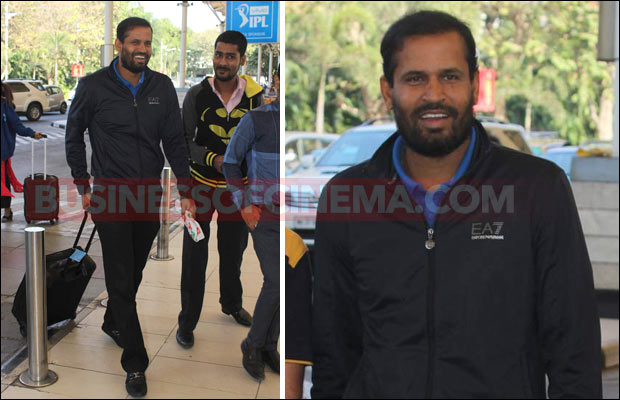 Bollywood always get snapped at various events and red carpets. But with airport spotting, we get to witness Bollywood celebs in their natural looks and new fashion trends come into limelight. Bollywood celebs Raveena Tandon, Suniel Shetty, Zareen Khan, Anupam Kher, Irrfan Khan and Adah Sharma were snapped at the Mumbai airport on January 21, 2016. Indian cricketers Irrfan Pathan and Yusuf Pathan were also snapped on the same day.

Raveena Tandon along with her youngest daughter Rasha was snapped leaving for Goa. The actress smiled for the cameras and was wearing a grey T-shirt and dark blue denims. Raveena is on cloud nine as her younger daughter is getting married in Goa. She had adopted the two girls as a single mother back in the 1990s and one of them is getting married. Suniel Shetty was seen leaving the city as well. The ‘Hate Story 3’ actress Zareen Khan was snapped wearing star print sweatshirt and washed denims with white shoes. Irrfan Khan was all smiles wearing a cap and denim jacket as he smiled for the cameras. Adah Sharma was wearing a white printed kurta and denims.