Television’s Jamai Raja, the perfectionist Ravi Dubey has endeared himself to audiences with his effortless performance, slipping into myriad avatars in the course of the show’s two and a half year run. Known as a master of disguise, the actor has donned 19 looks including a paralysed man, a senior citizen, a sadhu, an old Maharashtrian woman (Jyoti Tai), a Rajasthani man, a Pathan, a Sardar, a Tapori amongst others with utmost perfection in the successful primetime series of 650 episodes.

The versatile actor is set to don his 20th look that will shock the living daylights out of the audience as the show heads for a power packed Finale on 3rd March. This time around, Ravi will be seen as a ghost of his own original character on the show – Sid Khurana. The elderly spirit will scare Kareena (Shagun Ajmani) and Payal (Mouli Ganguly) as a part of Satya and Mahi (Shiny Doshi)’s plan by to expel them out of their home.

Speaking about his journey on the show and his various looks, Ravi Dubey shares, “Consistently working in a daily soap day in-day out for more than a couple of years can become mundane for some. But ‘Jamai Raja’ has been a very creatively satisfying experience as every few months, I was presented with a new challenge that had me pushing my boundaries as an actor further and beyond. Within approximately three years of the show I have donned close to 20 avatars each with a different dialect ,body language and look. I am truly fortunate as an actor to have this tremendous opportunity. The journey has been beautiful, full of creative adrenaline and an amazing experience. Hope the audiences like my last avatar on the show as well. I am very grateful to Zee TV, the makers of the show and my loyal audiences.”

Jamai Raja, which launched in July 2014 took the nation by storm with its clutter breaking concept. The show started with a story of the son-in-law who takes responsibility after marriage to set right the discord between his wife and mother-in-law and fills their world with love and happiness! With an intriguing plot and well-defined characters played convincingly by talented actors like Nia Sharma, Achint Kaur, Mouli Ganguly, Apara Mehta, Shiny Doshi, will soon draw it’s curtains in March with its 700th episode. The show was a consistent slot leader and made actors Ravi Dubey (Sid and Satya) and Nia Sharma (Roshni)household names. 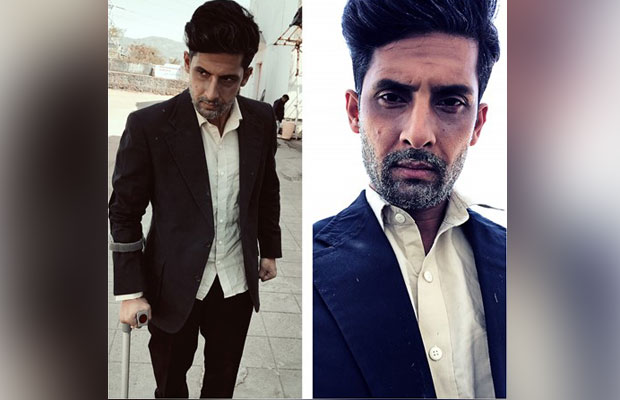