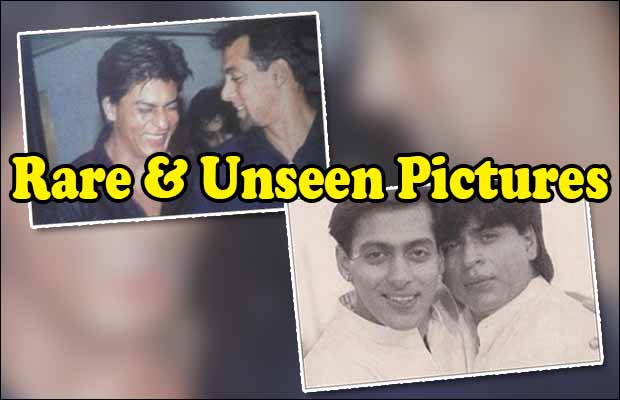 We all know Shah Rukh Khan and Salman Khan’s love and hate stories have been changing with seasons. The competition between both the Khans is nowhere stopping at the professional level. There was a time where the duo shared a good bond, but later due to their ugly spat at a party, things turned. Now after years, Shah Rukh Khan and Salman Khan turn good friends, the duo always make headlines when they come together. Not only that, now both Salman and SRK have been seen greeting and praising each others film on social networking sites too.

Well, cherishing their old good friendship, let’s a take a look at some of the unseen pictures of Salman and SRK from their good old days.