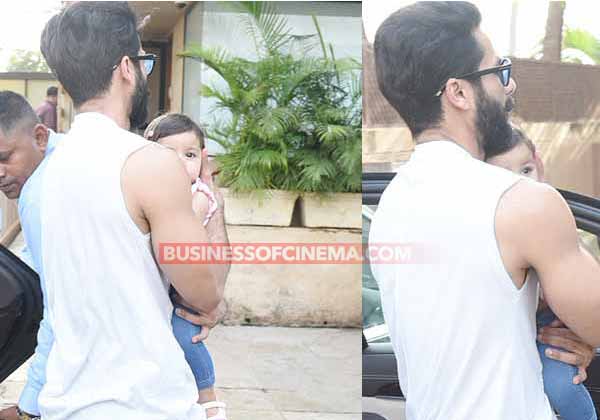 Shahid Kapoor and Mira Rajput make one of the most adorable couples of Bollywood. The couple got married in the year 2015 after their families made the two of them meet each other.

The Bollywood actor Shahid Kapoor and his wife Mira Rajput give us marriage goals. On several occasions, we have seen the lovey-dovey couple having a great time together. Whether it is their appearance on Karan Johar’s Koffee With Karan or a small lunch date in town, the two of them look exceptionally cute together.

We recently spotted the lovey-dovey couple with their little angel arriving home.

The trio was spotted when Shahid went to pick up wife Mira and baby Misha as they arrived in Mumbai from Delhi. Shahid Kapoor and Mira Rajput believe in family values. Even though Shahid is busy shooting for Padmavati, he makes it a point to take Misha on regular visits to his father Pankaj Kapur’s home.

Shahid was spotted in a casual white tee shirt and blue shorts with slippers and glasses. Whereas Mira was wearing a summery blue top with black jeans, her favourite pink bag and a pair of glasses, her hair tied up in a pony. Shahid was being protective hiding his little angel from the paparazzi but we can take a glimpse of her as she peeps beyond daddy’s shoulder looking adorable as ever.

Mira too takes Misha to Delhi to meet her parents and spend time with them as the couple, who live on their own, want to instil strong family values in her. They are a modern-day couple but they realise the importance of their daughter growing up around her grandparents.

They want to give Misha a normal family life and she loves being with both sets of doting grandparents. The couple was in Delhi earlier this month. Even if it is for a couple of days they make the effort. This explains the frequent airport spotting of the trio.

Shahid wants his daughter to grow up having a normal family life and he too wraps up his professional commitments and immediately heads home to spend time with her every day.

On the work front, Shahid Kapoor will be seen in Sanjay Leela Bhansali’s Padmavati. Sanjay Leela Bhansali’s historic film Padmavati features Deepika Padukone as Queen Padmavati opposite ShahidKapoor who will be seen as her husband, Ratan Singh. Ranveer Singh portrays the character of Alauddin Khilji in the movie. Rumours are rife that Mira and Misha might soon be having their Bollywood debut together. 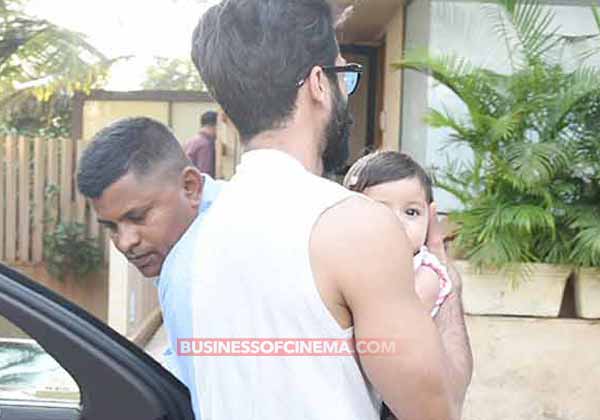