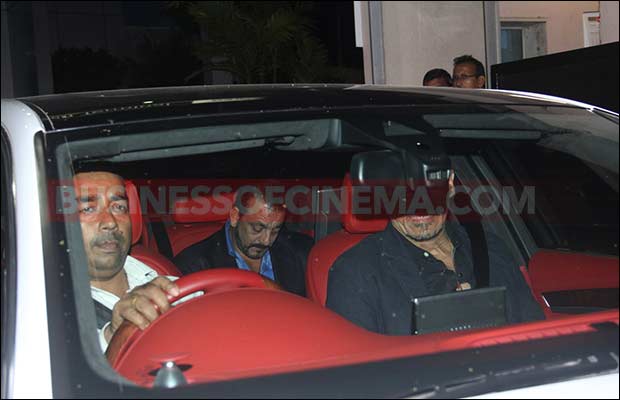 [tps_footer]Bollywood’s ‘Khalnayak‘ Sanjay Dutt has been busy with his social commitments ever since he returned from the Yerwada jail due to his role in the 1993 Bombay Bomb Blast Case.  He was welcomed with what was equivalent to a hero’s welcome by family, friends and fans alike. Dutt was spotted last night at Kalina’s private airport while he returned back home from Delhi.

CLICK HERE FOR ALL BOX OFFICE UPDATES
The actor was in the Capital to attend the India Today Conclave where he spoke about his struggle while he was in jail and also about his personal life.
CLICK HERE FOR ALL LATEST BOLLYWOOD UPDATES
Now that he’s back in Mumbai, Dutt is gearing up for films and is getting his life back on the track. Dutt, will be working on Munnabhai’s third sequel and is also giving inputs to Rajkumar Hirani on the biopic on himself which will see Ranbir Kapoor in a lead role.
[/tps_footer]