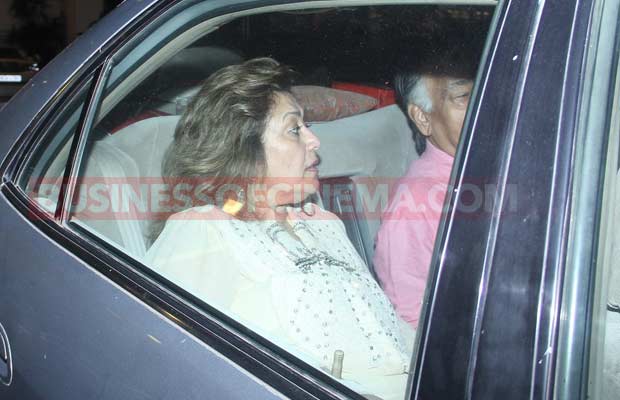 [tps_footer]Sonam Kapoor’s cousin Priya Singh is all set to get hitched to Sikander Kher. Anupam Kher and Kirron Kher’s son Sikander has got engaged to Priya. Veteran actor Anupam Kher who is much in limelight for his twitter battles posted on the micro blogging site confirming, “Happy to share that our dearest @sikandarbk got engaged to wonderful Priya Singh, d/o dear Jasjit & Kavita Singh.:).

Well, Priya Singh is Sonam Kapoor’s cousin from her mother’s side. Sikander Kher and Abhishek Bachchan are known to be very close friends and the Junior Bachchan was also present at the engagement ceremony. Anupam Kher and Kirron Kher appeared all content on their arrival at the venue.

Abhishek Bachchan on the other hand was dressed in ethnic attire. Jaya Bachchan also attended the ceremony along with Naina Bachchan. Actor Anil Kapoor who is related to Priya Singh also was present at the occasion with wife Sunita Kapoor.

Many B-town celebs were invited for the ceremony and Pamela Chopra was also spotted gracing the occasion. Anupam Kher’s brother Raju Kher was also clicked. Well, if the engagement ceremony is all grand we can hardly wait for the D day.

Priya Singh is the daughter of Jasjit Singh and Kavita Singh. Sikander Kher is not only all smiles for his personal life but the star kid is also busy with his upcoming film ‘Tere Bin Laden: Dead or Alive’ which is a sequel to ‘Tere Bin Laden’. The wedding date has yet not been announced.  We wish the couple an amazing life ahead![/tps_footer]