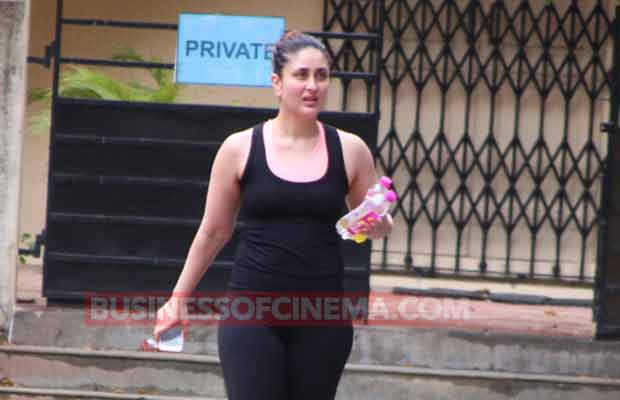 Bollywood actress Kareena Kapoor Khan was spotted heading to the gym with her BFF Amrita Arora. The actress is spending much of her time at the gym and is surely giving us right fitness goals with each passing day. However, Kareena, who is always in smiles for the shutterbugs, looked in a bad mood today for some reason.

On the work front, Kareena Kapoor is making a comeback with Veere Di Wedding. The film is being produced by Sonam Kapoor’s sister Rhea Kapoor. Rhea has made her career in Bollywood as a producer. She has backed projects like Aisha and Khoobsurat.

Her next venture is Veere Di Wedding which stars sister Sonam along with Kareena Kapoor Khan, Swara Bhaskar and Shikha Talsania. The all-female starrer project will be directed by Shashanka Ghosh.