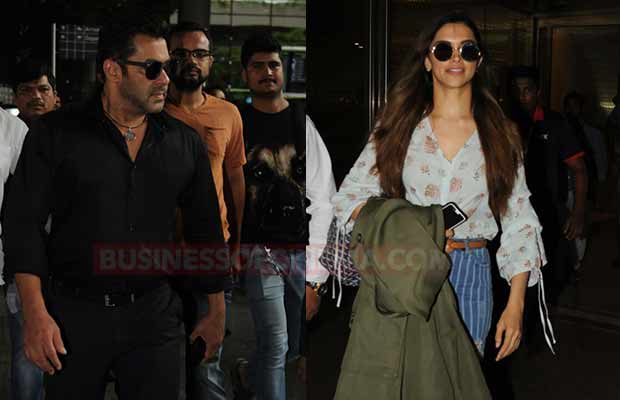 Bollywood actor Salman Khan, who is currently in the news for his recently released film Tubelight, was spotted at Mumbai airport today morning. Looking dapper in all black formals, Salman made a dashing entry at the airport. Salman, who arrived from Delhi this morning, made a unique airport appearance this time. The Sultan actor, who usually prefers going in casuals, was spotted in formals. Also, Salman was seen wearing a neck accessory that has a round shape pendant. Isn’t he looking hot?

On the other hand, also spotted at the airport was none other than Deepika Padukone. Dressed in her stylish best, Deepika was spotted returning from Bangalore last night.