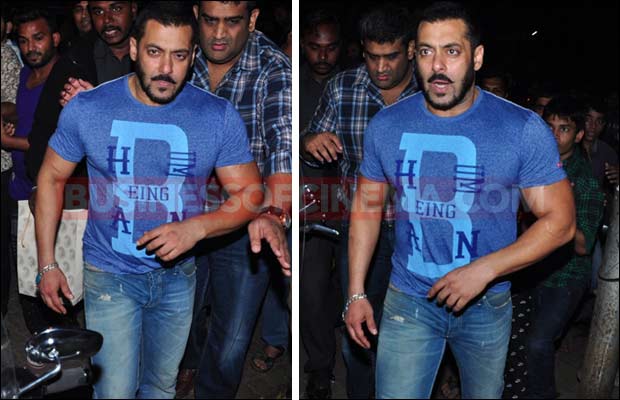 I’ll go to jail for you – In May 2015 when Salman was convicted and sentenced to five years in prison, his look -alike and huge fan of the actor was completely distraught! He was so upset that Samaa TV of Pakistan covered him saying he wanted to go to jail on Bhai’s behalf. He even went to Hajirapur police station and demanded to be placed inside jail instead!

[tps_footer]If you know anything about Bollywood, you know that the craziest fans are the fans of Salman Khan. They watch the superstar’s films with almost a religious devotion and play a huge role in why almost every movie of Salman’s is a super hit! But sometimes these fans take it one step too far and get themselves termed as crazy.
Here are some crazy things the fans of Salman Khan have done over the years –[/tps_footer]