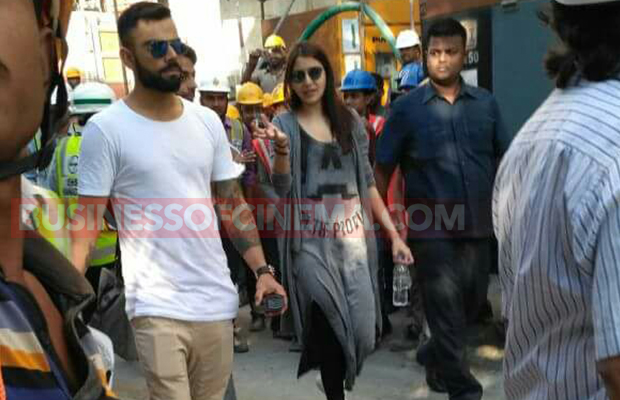 The not so official yet the most talked about couple in B-town, Anushka Sharma and Virat Kohli were recently spotted together. Also, this time you’ll be amazed where and how they were seen!

Well! The two have landed in Mumbai after spending a great holiday in Dehradun together for the Christmas and New Year’s celebration last year. The buzz is that the two are looking for properties together in Mumbai.

The love birds were spotted scouting for houses in Worli and we’ve got an amazing video that will show how the two were spotted.

Well! Does that mean the two are moving in together? People’s most favourite and controversial couple having given hints about their love life are now giving deeper hints by doing such.

Anushka Sharma has been spotted several times with Virat Kohli. The two are seen together many times. Be it either public events or celebrity weddings, from holidays to parties. In fact, many times they have spotted holding hands together. And now this, the sudden house hunting.

The guess we have about the two is as good as your guess. Maybe the two are moving in together.

Watch this video and think how they two are spotted together. Meanwhile, let’s wait for the buzz to get confirmed from sources and us to get to know the actual news.

Anushka Sharma, will now be seen next with her debut co-star Shah Rukh Khan. Currently, she is high on the success of Ae Dil Hai Mushkil.

Virat Kohli, captain of the Test series is now taking over as the captain of Indian cricket team. This is because Dhoni declared the end of his era as a captain.

Seems the two are having a good time in both their real and professional lives.

Let’s wait for further news till then. 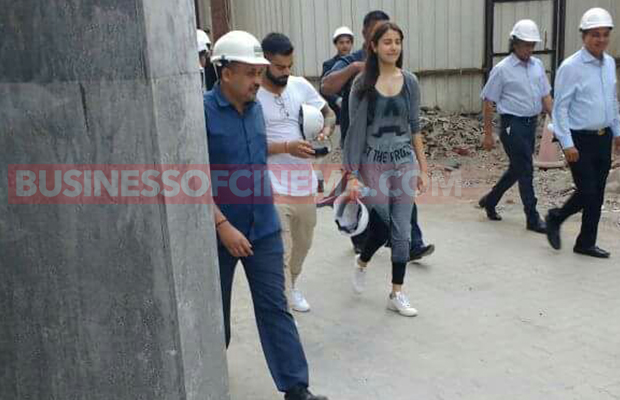