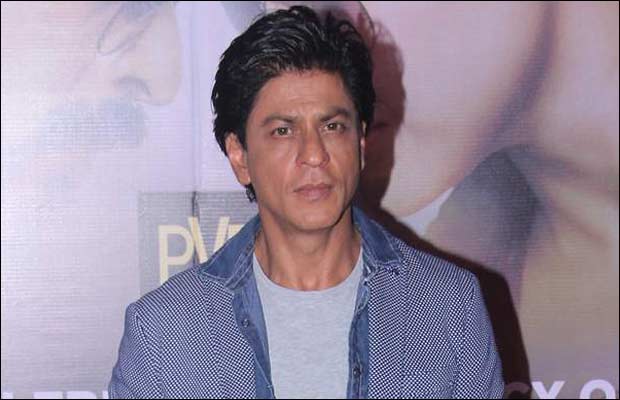 [tps_footer]Shah Rukh Khan is all busy with the promotions of his upcoming film ‘Dilwale’. The superstar is leaving no stone unturned to mark another blockbuster with ‘Dilwale’. Shah Rukh Khan is always regarded as the most workaholic star of the tinsel town and the King Khan never even utters a word about his retirement. The mind blowing actor has always maintained that he will face the camera until his last breath. Well, seems like SRK has finally decided to give a thought about his retirement.

Don’t heave a sad sigh at all. Shah Rukh Khan who is always active on the micro blogging site Twitter has now given a thought to his retirement not because of any competition or fear but because he is overwhelmed by the talent of two small little girls. Yes! The competitive actor Shah Rukh Khan is head over heels for two small little girls who have enacted Shah Rukh and Kajol’s step from the song Janam Janam from ‘Dilwale’.

Shah Rukh Khan took to his twitter account and posted the video confessing, “Ok now I can retire with these two taking it on. Beautiful.” 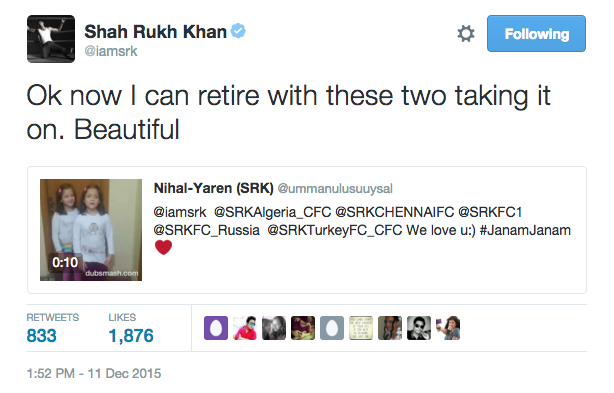 After posting adorable pictures of his little toddler AbRam, seems like SRK is all impressed by the adorable stint of these two little girls. Featuring, SRK and Kajol, song Janam Janam has witnessed loads of fan following for its melodious lyrics and tune. The Rohit Shetty directorial is all geared up for its release in a few days.

‘Dilwale’ is much in limelight for its impressive star cast of Shah Rukh Khan, Kajol, Varun Dhawan and Kriti Sanon. The film is all set to hit the screens on December 18th, 2015. Moreover Shah Rukh Khan’s ‘Dilwale’ will also clash with Sanjay Leela Bhansali’s historic saga ‘Bajirao Mastani’ which releases on the same date.[/tps_footer]