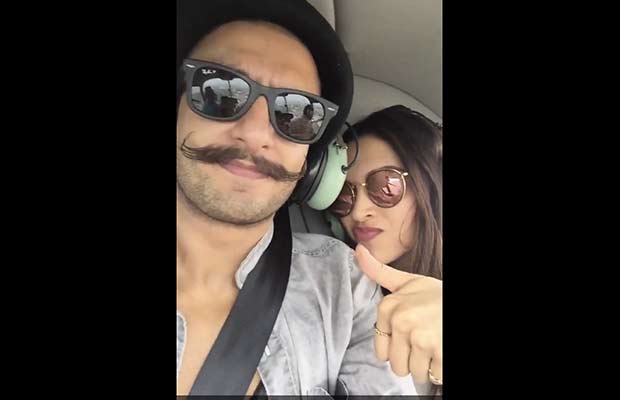 As we earlier reported, Bollywood’s two amazing actors Ranveer Singh and Deepika Padukone have geared up for the first song launch of their upcoming film ‘Bajirao Mastani‘. Ranveer and Deepika both left for the song launch in their private chopper to Pune.

Ranveer and Deepika both shared their selfie while enjoying their chopper ride to Pune for the song launch. The two who will be launching the first biggest song ‘Gajanana‘ in Pune along with the other cast of ‘Bajirao Mastani‘, had to face problem, as their chopper couldn’t land on time.

Ranveer who is known for his crazy instances, took to his twitter handle to post a selfie of him with Deepika captioned as, “Our chopper cudnt land in2 Pune & we had 2 turn bak! Stupid clouds! Hmph! @deepikapadukone #Gajanana #BajiraoMastani” 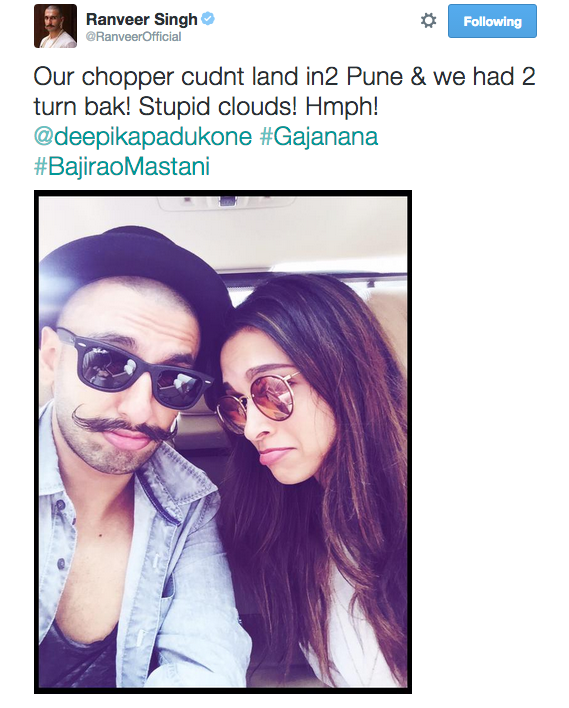 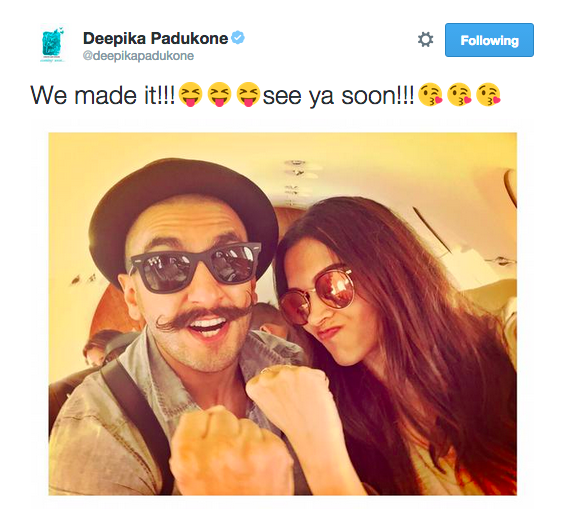 Not stopping there and giving each and every update of their chopper journey, Ranveer Singh also shared a cute video of him with Deepika. He tweeted a funny video of his chopper journey where he is seen calling Deepika as ‘Agent Deepika’.

Talking about ‘Gajanana’ song, Deepika and Ranveer launched the first song of the film at Pune. Both Ranveer and Deepika did the ‘maha aarti’ together held at the Shree Chhatrapati Shivaji Sports Complex, Balewadi, at Pune. Both the amazing actors were all excited and happy with the crowd roaring loud.

Unfortunately Priyanka Chopra who is also a part of the film couldn’t make up for the song launch as she is shooting for her Hollywood show in Montreal. Nailing her versatility to the core, Priyanka will be seen in the character of Kashibai in the film whereas Deepika will be playing the character of second wife Mastani.

Based on the life of Peshwa Bajirao; ‘Bajirao Mastani‘ is a historical romantic drama and the character of Bajirao will be played by Ranveer Singh. The film is slated to release on December 18 this year, with a big clash with Shah Rukh Khan’s much talked film ‘Dilwale’ directed by Rohit Shetty.