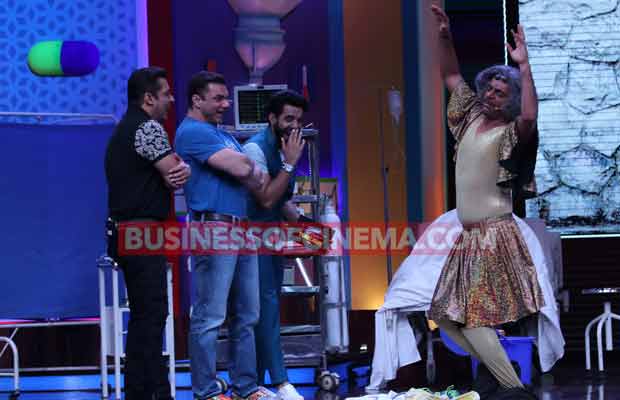 The special episode on Sony TV is already creating a lot of buzz.

Salman Khan has gone on a promotional spree for his upcoming movie, Tubelight which is based on the Indo-Sino war of 1962. The movie has created a lot of whir already because the Bajrangi Bhaijaan actor is leaving no stone unturned in the promotions of his upcoming movie. Salman Khan has been seen on different channels to promote the movie along with his brother, Sohail Khan who plays an important role in the movie.

The actor is back again on Sony TV to for promotion but this time he won’t be seen on Kapil Sharma’s show but in a special episode which features Sunil Grover, Ali Asgar, Sugandha Mishra, Dr. Sanket Bhosale and some others.

The trailer of the show has been released and it shows Dr. Mashoor Gulati(Sunil Grover) conducting an operation on Salman Khan. All kinds of stuff come out from his stomach including dumbbells. Sohail Khan cannot control his laughter at the proceedings that look hilarious.Both Salman Khan and Sohail Khan seem to be enjoying very much and even singer Jubin Nautiyal joined them on the show.

The comedians of ‘The Kapil Sharma Show’ fame have left the show due to some ongoing feud between Sharma, Asgar, and Grover. It would be interesting to see whether Salman Khan would make an appearance on Kapil Sharma’s show or not. With reports declaring that the special episode was shot because Salman opted for Ali Asgar rather than Kapil Sharma and so the channel decided to air it as a different episode. The episode will air on Sony TV on 18th June at 9 pm. 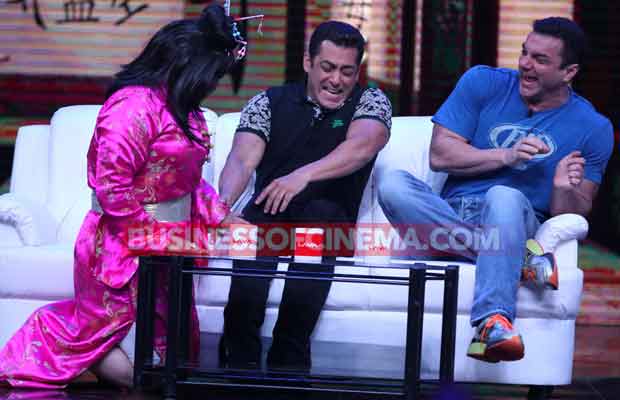