The newly wedded couple Sagarika Ghatge and cricketer Zaheer Khan hosted another big night in Mumbai. The wedding celebrations for the couple are still not over. Zaheer and Sagarika hosted a grand reception last night attended by their closest family members and friends.

They may have opted for court marriage but made sure that the celebrations are big post their official wedding. After Mehendi ceremony and cocktail party, Zaheer and Sagarika hosted a grand reception, which was no exception.

Cricketers Sachin Tendulkar, Suresh Raina, Yuvraj Singh and Virender Sehwag also joined the celebrations. The wives of Suresh Raina and Yuvraj Singh-Priyanka Chaudhary and Hazel Keech, too were seen at the function.

However, someone who stole the show was none other than the celebrity couple- Anushka Sharma and Virat Kohli. They danced their heart out together and we just can’t get over their cuteness.

Talking about the couple, Sagarika Ghatge looked stunning in a golden Sabyasachi lehenga while Zaheer Khan wore royal blue bandhgala. The two looked happy and adorable as they posed for the shutterbugs. However, due to security reasons, photographers were not allowed to cover the event. But the couple made sure to pose for a few pictures.

The new bride will be seen soon in her upcoming project, which is a bilingual film called Haadsa.

Check out the pictures and videos from last night’s wedding reception: 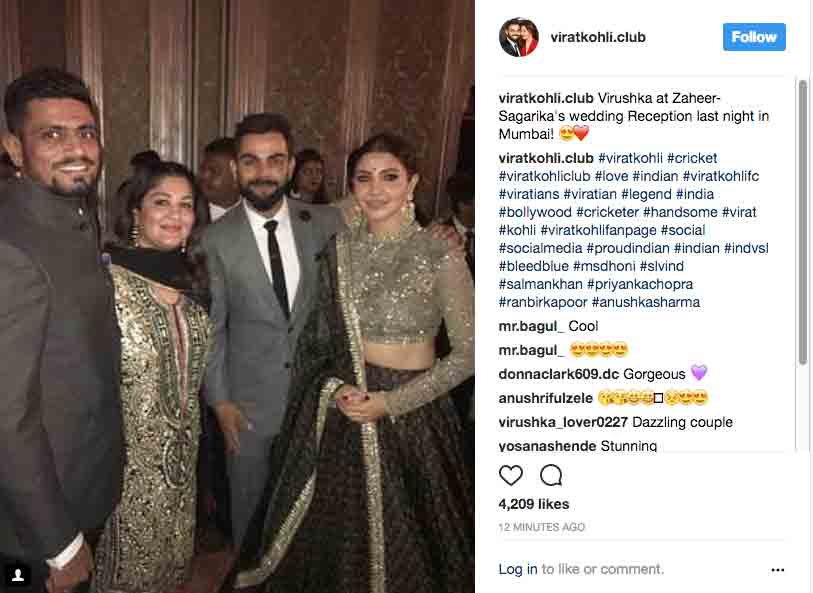 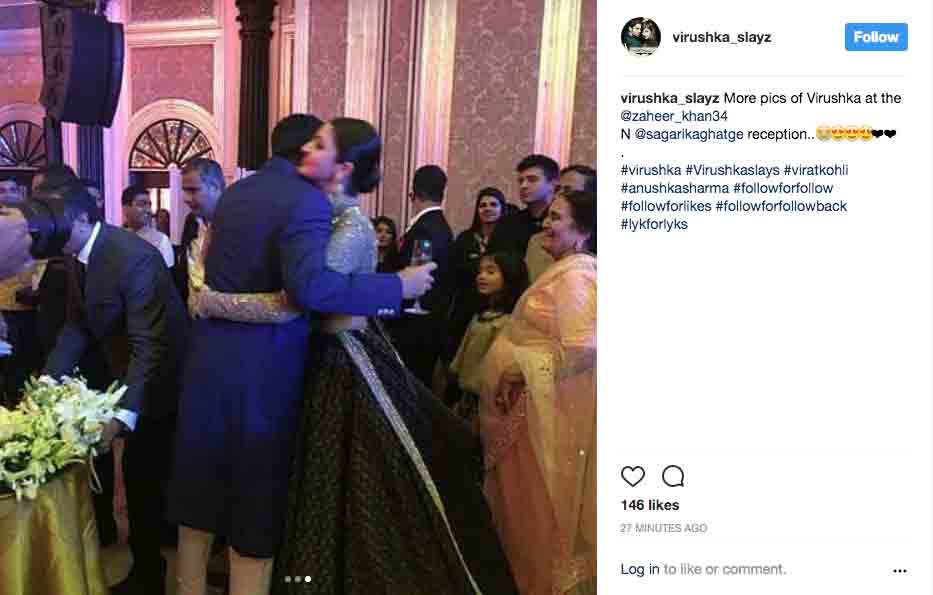 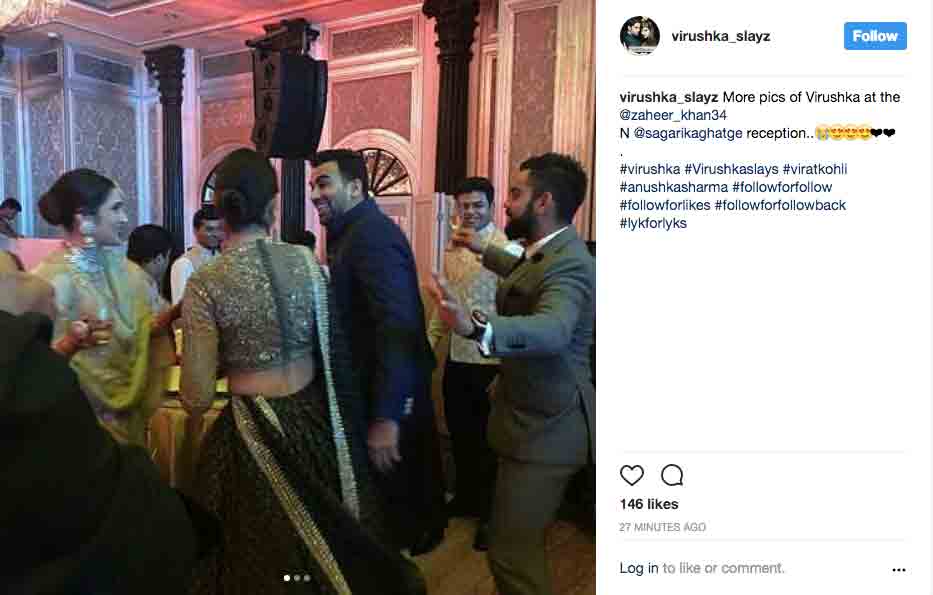 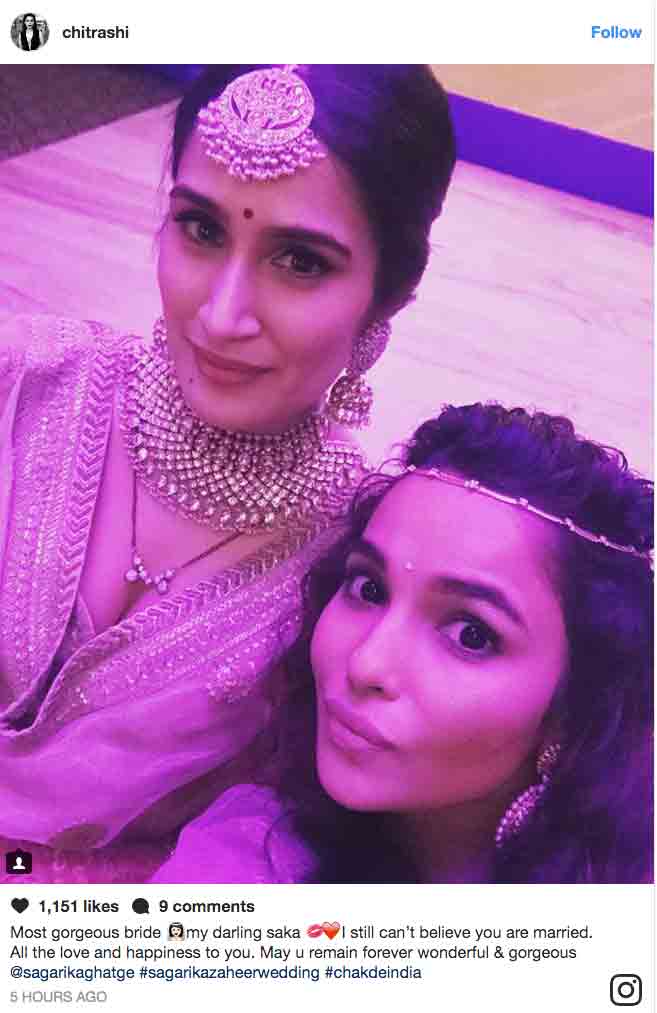 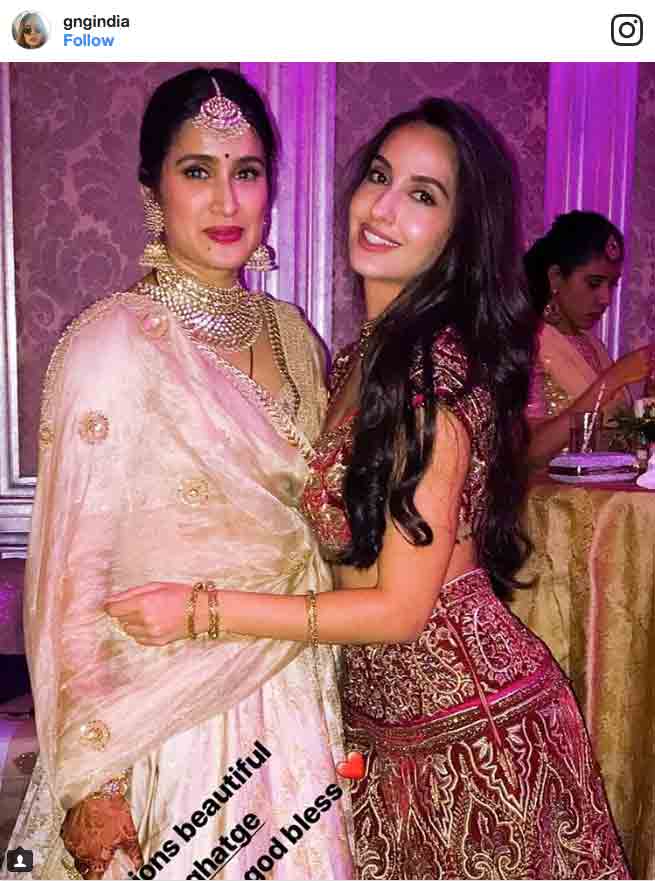 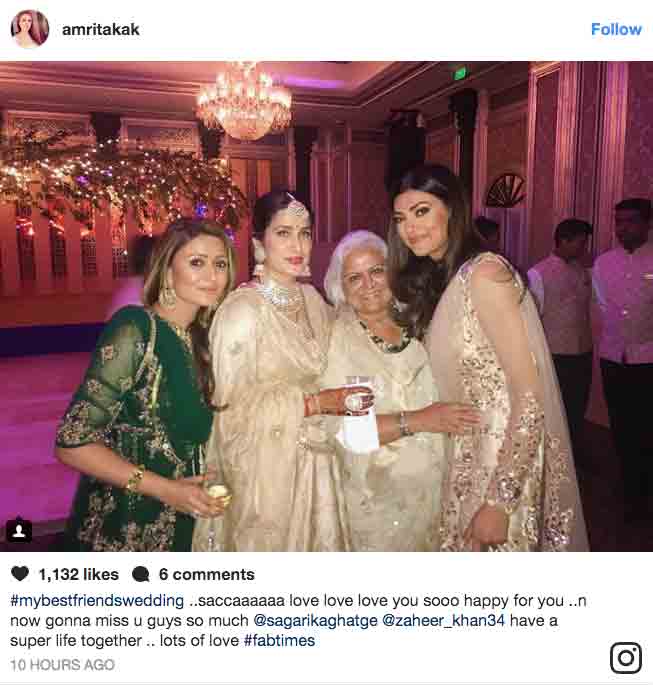 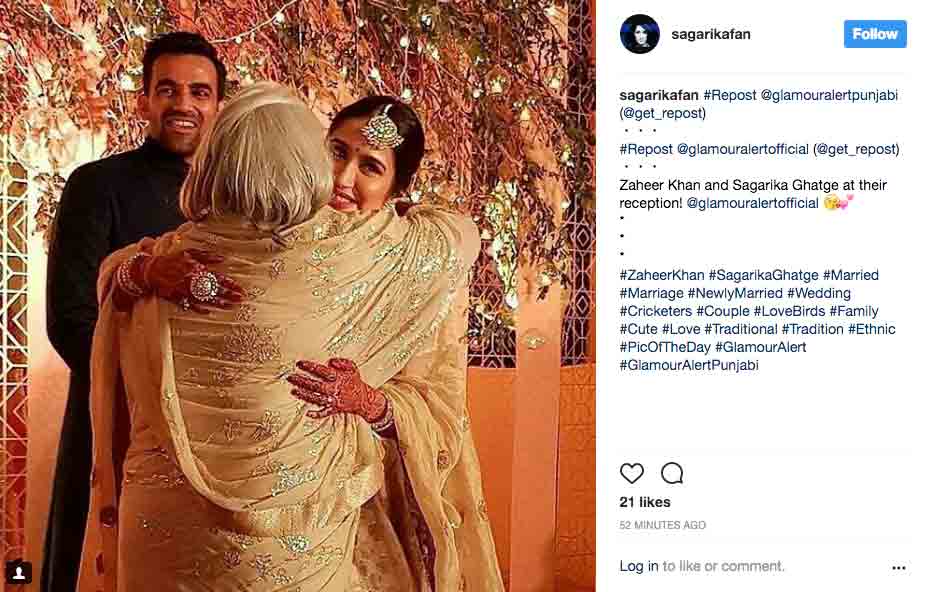 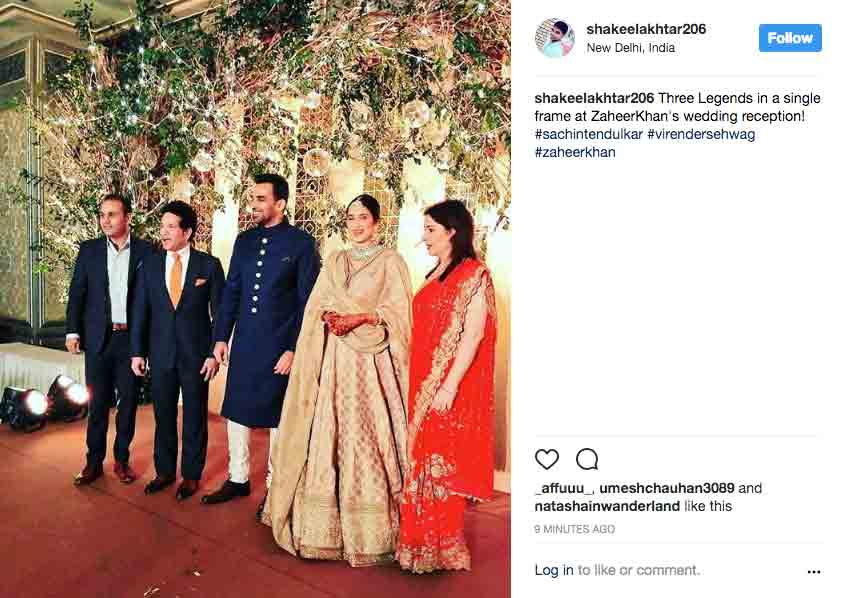 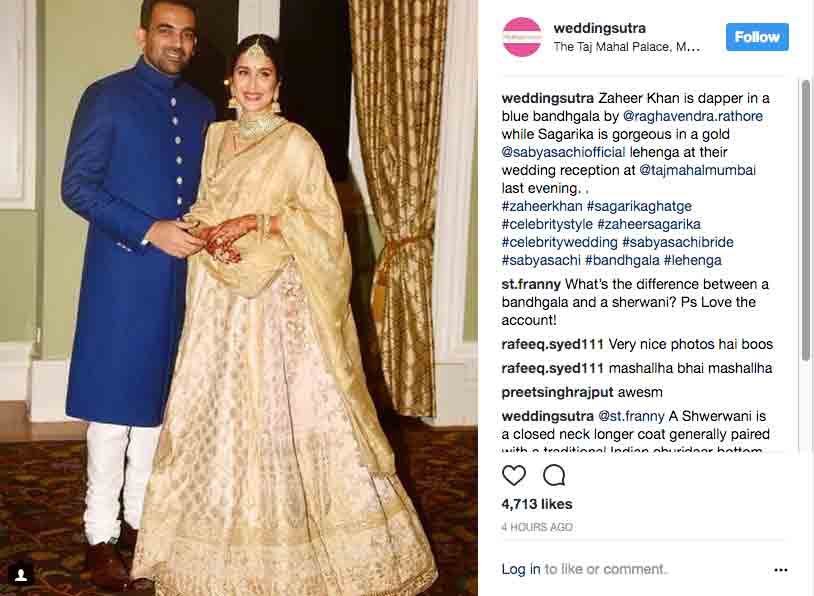 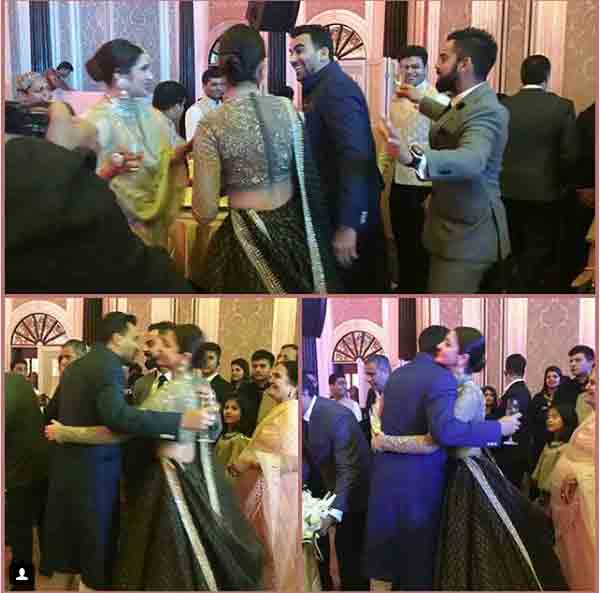