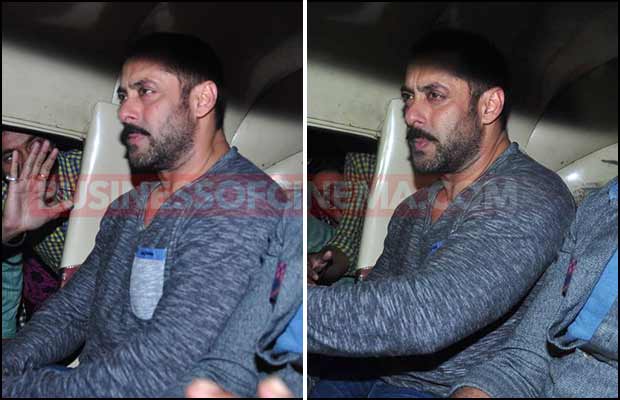 [tps_footer]Bollywood actor Salman Khan was breathing the air of freedom after Bombay High Court announced 2002 hit and run case verdict in the actor’s favour. But, it seems problems for the actor do not end there.

Following his 2002 hit and run case acquittal, recently Maharashtra Government had filed a fresh appeal against the acquittal of actor, given by Bombay High Court in December 2015.

With the latest reports on the same, the first hearing of the case took place today morning on February 5. Reportedly, the hearing went long for 40 minutes in which several unsolved questions were brought up once again. Also, Maharashtra government argued in the Supreme Court today saying that the actor’s acquittal is a “travesty of justice”.

Once again the Public prosecutor who is fighting the case on behalf of Maharashtra government, raised the point and challenged on the actor’s driver allegedly driving the car when the accident took place. With too many questions raised, the prosecutor also asked on why Salman Khan’s blood samples were taken at 10:30 am when the incident took at 3:00 am.

Salman Khan’s car had met with accident in suburban Bandra on September 28, 2002, killing one person and injuring four. 13 years after the trial began, Salman Khan’s 2002 hit and run case came to end on May 6 where session court found him guilty and sentenced him for five years jail, convicted under all charges. 6 months after the trial court pronounced him guilty, on December 10 the Bombay High Court acquitted the 49-year-old star of all the charges in the 2002 hit-and-run case. The court had stated that the prosecution failed to establish any evidence against Salman Khan and that the actor was not driving under the influence of alcohol.