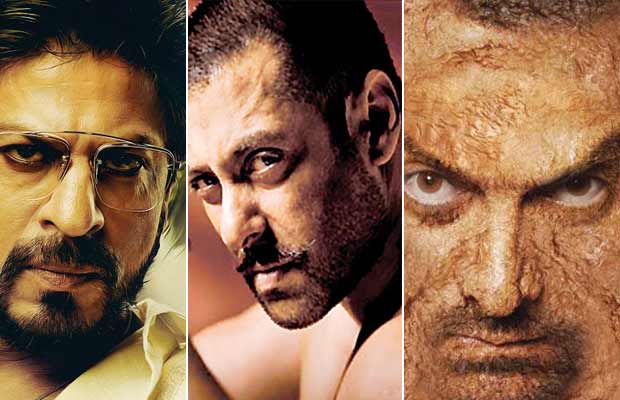 [tps_footer]Unlike last year, this year, Bollywood’s three Khans Salman, Shah Rukh and Aamir are coming up with their big releases. There would be a big tug of war between all the three Khans who have occupied festive occasions and holidays to release their much-talked upcoming films of this year.

Aamir Khan who was missing from the theaters last year after his 2014 hit film ‘PK‘, is all set to amaze his fans with his upcoming film ‘Dangal‘, based on the real life wrestler from Haryana. Like his every movie, Aamir has once again planned to release his film this year during Christmas.

On the other hand, box office king, Salman Khan who will be seen as Haryanvi wrestler in his upcoming film ‘Sultan‘, is going to be a tough competitor to Aamir Khan as they are coming with same genre films.

Interestingly, Salman’s Sultan is releasing this year just two months before Dangal’s release, which is a disadvantage for Aamir Khan, as the same genre film would take away all the thunder. There are also possibilities that as Salman’s ‘Sultan‘ is releasing before, fans might compare his film with Aamir‘s ‘Dangal‘.

A trade analyst who doesn’t want to be named says, “Salman and Aamir have their own individual fan base, no doubt. But if they are both playing Haryanvi wrestlers during the same year there are bound to be comparisons. And if Salman’s film releases first he will have an edge over Aamir unless the two films are completely different in treatment. Even then, they are both films about wrestlers at the end of the day.”

Also, Shah Rukh Khan is all set to join Salman Khan’s ‘Sultan‘ this Eid with Rahul Dholakia‘s ‘Raees’. With the two stars clashing together once again, it is speculated that one might shift its release date for a better reason.

Well, now time will decide better who wins the battle with their big releases this year. Also, before SRK’s ‘Raees‘, the actor will be entertaining his fans with Maneesh Sharma‘s ‘Fan’, which is releasing on April 15.