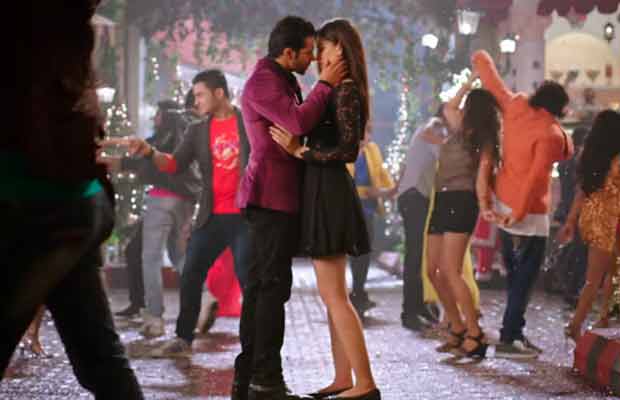 [tps_footer]Bollywood film ‘Dilwale’ starring Varun Dhawan and Kriti Sanon is all set to release this Friday and we have a brand new video for you. The official page of ‘Dilwale‘ has shared a super funny video of the lead actors on their first day of shoot. Both Varun and Kriti look super excited as they jump into brand new cars, ready to show their driving skills. The funny video shows the casual side of the actors and Varun Dhawan’s antics will surely make you smile all the way till the end. Watching behind the scenes videos of films are surely funny, and this one right here will also tickle your funny bone.

Varun Dhawan explains how excited he was at the first day of the shoot, to work with Rohit Shetty. Both the actors were overwhelmed by the number of cameras fixed on them especially the drones used for shoot. Varun can be seen making funny remarks about how costly the film’s budget is and hence there should be no kind of fooling around done on the sets. However that is exactly what the video shows, how much fun all the stars are having during the shoot.

Impressively we also see Rohit Shetty perform some great stunts on his own, proving how amazing his direction is. The director has made it his trademark to show action sequences involving cars and by now has mastered the same art as well. ‘Dilwale’ will also see many cars flying around with action, music and lots of fun. Looking at this behind the scene video fans are totally overjoyed and with only two days remaining to the release, the ‘Dilwale’ team is doing its best to keep the heat alive.

‘Dilwale’ starring Shah Rukh Khan, Kajol, Varun Dhawan and Kriti Sanon is all set to release on December 18, 2015. Watch this behind the scenes video of Varun and Kriti, and keep your fingers crossed till the release!

Watch Varun Dhawan and Kriti Sanon share their experiences of their first day on the sets of Dilwale!

Posted by Dilwale on Wednesday, 16 December 2015