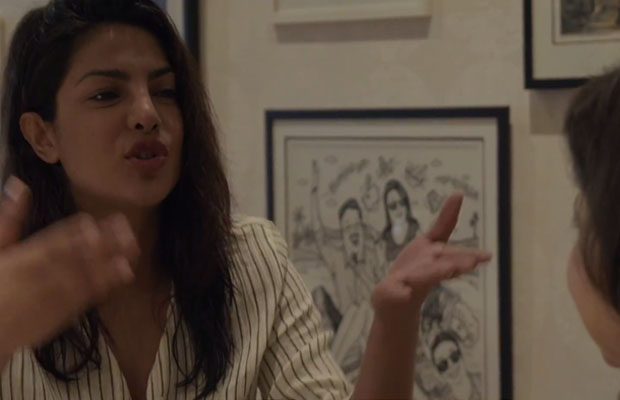 Anupama Chopra, a popular film critic recently interviewed Priyanka Chopra in her New York City home for the launch of her new chat show called ‘Beneath the Surface’.

The promo gives a small glimpse into PC’s beautiful house in NYC where she is giving Anupama a small tour of her house.

This Padma Shri awardee is seen getting nostalgic about her life in India and missing home cooked food. She even asked for a bottle of achaar (pickle) from home for Anupama to get along with her! And we thought it was a cool life in NYC. But it comes with a price, doesn’t it?

Priyanka Chopra also talks how she is a usual girl to her family and her grandmother, who she was very close to, used to tell her that “koi shaadi nahi karega terese, khaana nai banana aata, ghar par kuch nai karti.” (No one will marry you, you don’t know how to cook, don’t do any household chore.) The usual family concerns about a girl, cute no?

Priyanka was seen reminiscing and getting emotional about the life she has left behind in India, albeit temporarily. The entire episode will be live onOctober 13.

She is also all set to make her Hollywood debut in Baywatch alongside Dwayne Johnson. This Seth Gordon movie is all set to release on May 19.