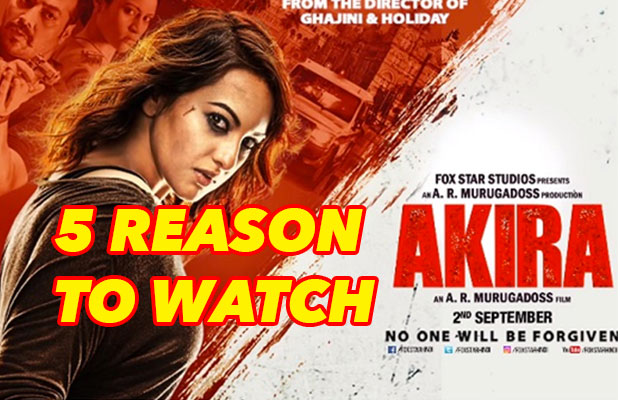 Bollywood actress Sonakshi Sinha’s much-awaited film Akira is all set to hit screens on September 2. Director AR Murugadoss’ Akira is an action-drama film, which is a remake of the hit Tamil film ‘Mounaguru’. While you are waiting to catch the much-anticipated film in theatres on September 2, here are 5 reasons why this film is a must watch.