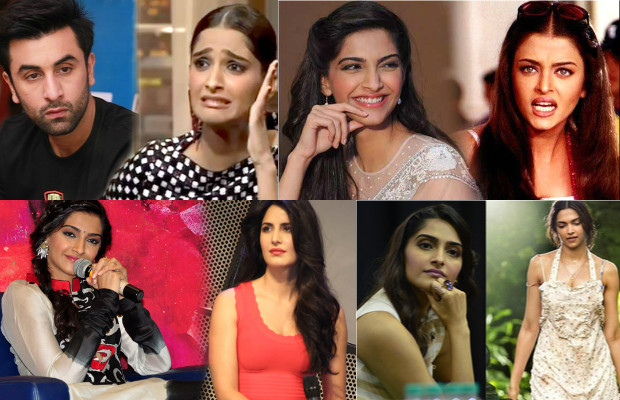 Sonam Kapoor, the daughter of famous Bollywood actor Anil Kapoor, has made quite a journey from the overweight star kid to the fashionista and style icon she is seen as. The Neerja actress is also known for her bold statements and not mincing any words to sound sweet or be diplomatic. Many a times, it is this habit of hers that has landed her in multiple controversies. Be it in a press conference, talking about a co-star or even her infamous rant against Ranbir Kapoor on Koffee with Karan.

She, like any other human being, has made several mistakes in her career, be it choice of films or her media bytes. We have listed for you the top 6 mistakes of Sonam’s in her Bollywood career.