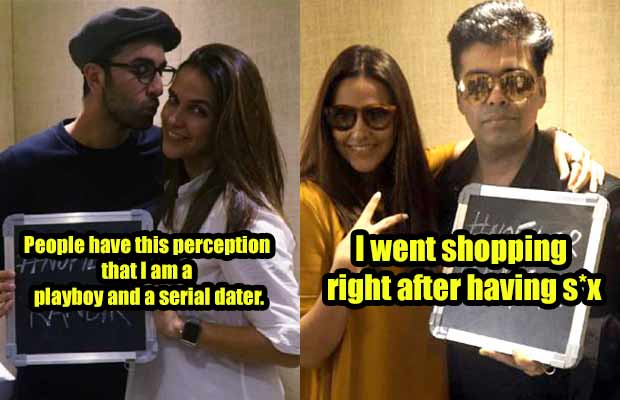 Neha Dhupia’s celebrity chat show “#NoFilterNeha” has piqued everyone’s interest and has become a talk of the town. After the success of season one, the actress has come up with season 2 of “#NoFilterNeha”. With no filter put on, celebrities come on the show and make revelations about their personal life and controversies revolving around them. The actress had earlier said that through her show she is trying to take celebrities away from their cautious sides.

The recent from ‘NofilterNeha” season 2 is about Jab Harry Met Sejal director Imtiaz Ali, who was at his most candid. Neha asked about Ranbir Kapoor’s reputation as a flirt, Imtiaz said, “Ranbir Kapoor? The same chap? Is he a flirt? Not at all! I mean he tries. He tries but he just gets very nervous about it. There was a time when he kind of liked a girl in Delhi. We were shooting so I said, ‘Well, I’m going to introduce her to you because I know her and so, have a chat.’ So he said ‘ya ya’ do that do that. Then I went to talk to her about something else and he was so nervous, he kept clawing at me and trying to pull me back because he thought that I’m going to say something, which will spill the beans.”

When Neha asked him if he had any advice for his contemporaries, Imtiaz said, “Karan (Johar), stop wasting time and make the real film you want.”

With this, let’s take a look at other Bollywood celebrities who have come up with such shocking revelations and remarks on other celebrities.