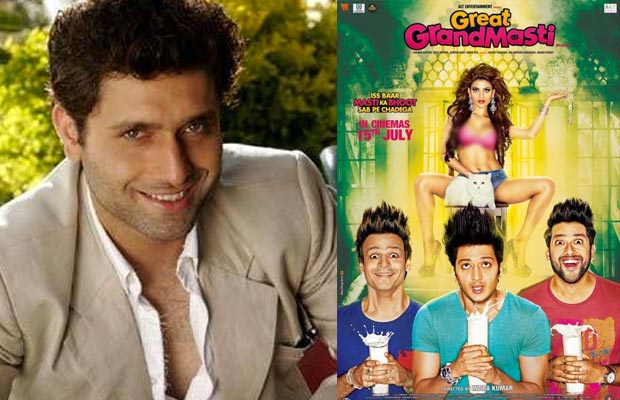 Troubles are not stopping for Vivek Oberoi, Aftab Shivdasani, Riteish Deshmukh, and Urvashi Rautela starrer Great Grand Masti. After the film was leaked online, the makers of the film decided to reschedule the release of the film from July 22 to July 15. Well, now when the film is all set to release tomorrow, another controversy has hit the film.

Yes, a day before the release, actor Shiney Ahuja has filed a case against the film for naming a character after him. Based on a report, which said a maid in the film is called Shiney, the actor has filed the case and the same character in the film has been played by Sonali Raut.

Reports also suggest that Vivek Oberoi, Aftab Shivdasani, and Riteish Deshmukh get funny with the maid Shiney (Sonali Raut) in one of the scenes from the film, which has apparently not gone well with the actor The actor has asked the makers of the film to delete the scene with a written apology.

Well, it seems Great Grand Masti makers have alive the past scars of Shiney Ahuja, who was once convicted in March 2011 by a Mumbai court and sentenced to seven-and-a-half years of jail for raping the help at his home in 2009.