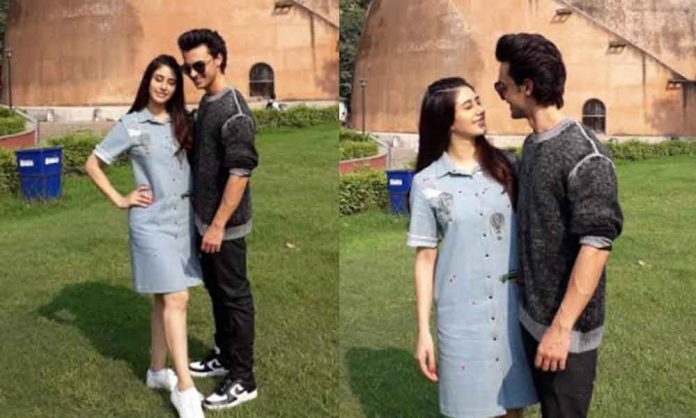 After visiting Kolkata, Ranchi, Lucknow, Loveratri Stars Aayush Sharma and Warina Hussain left for Patna as, they are on a promotional spree with their multi-city tour.

As the release date of Salman Khan Films’ Loveratri approaches closer, the team has been gearing up even harder to promote the film. Aayush Sharma and Warina Hussain visited a heritage site ij Patna ahead of the release.

On the occasion of Teachers Day, The debutant duo visited Arcade university and interacted with the students and staff.

Aayush remembered his teacher who once told him that he should get into acting and now he is grateful to her.

After this, they visited the Golaghar, which is a heritage site in Patna.

The trailer had earlier set the mood right with the foot-tapping music and colorful backdrop of the festive season.