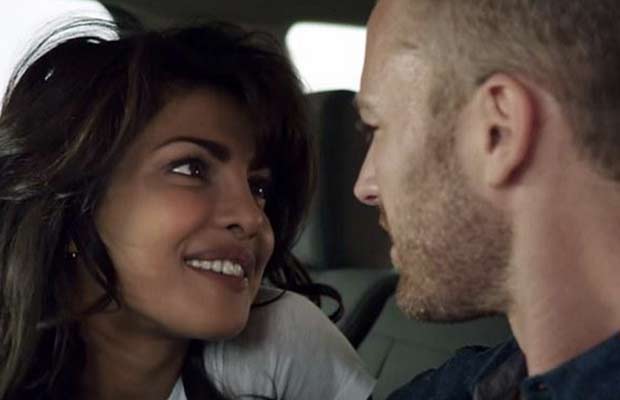 Bollywood’s multi talented actress Priyanka Chopra, can almost do anything, and she has proved her worth with her work. Currently, Priyanka Chopra was busy shooting for her Hollywood television show ‘Quantico’ with her co-stars. The star was caught many times on camera busy shooting in Montreal for the show. To get a feel of home, she had a swanky villa rented there with an Indian cook. Finally the show is ready and up for world television release.

The promos of the television show are already on air and look quite interesting to the audience as well as the media. Like any ABC production show, the show seems to have two parallel timelines. We see glimpses of the past and the present together which makes it more interesting.

Priyanka Chopra had recently posted a special preview link for her fans of Quantico. The preview is really catchy and intresting, as we see PeeCee in an altogether different avatar and we love her accent. It will be a great experience to catch a big screen star on television.

In the show, Priyanka plays the role of a half-Indian, half-Caucasian FBI trainee named Alex Parrish. Her character is born and brought up in the United States. The show revolves around a group of FBI agents in training at ‘Quantico‘ Base. Priyanka Chopra is suspected of masterminding the biggest attack on New York City since 9/11.

‘Quantico’s’ premiere episode is all set to air on ABC Network and Star World India on October 3, 2015. It will air on Sundays this fall. We are eagerly awaiting to see her charm us on small screen as well!