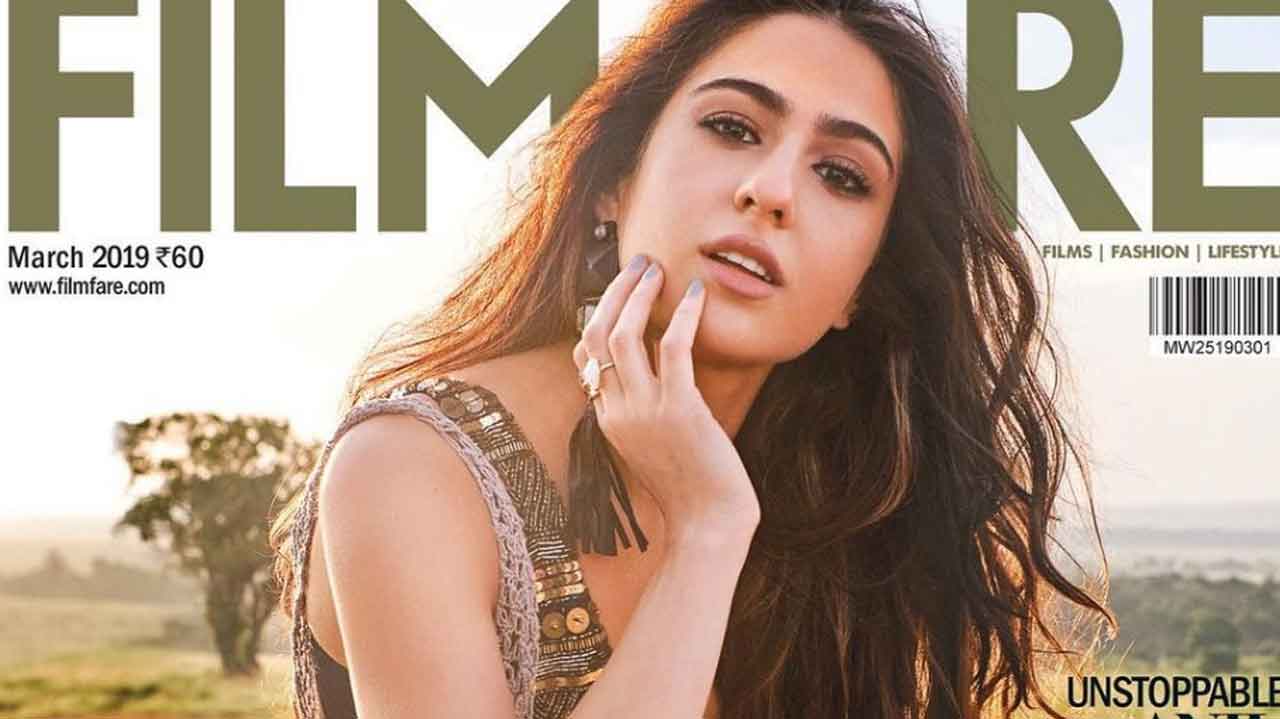 Sara Ali Khan looks breathtaking as she graces the cover of Filmfare magazine for the March issue marking it as her first magazine cover. Just two films old, the actress has carved her place in the entertainment industry within the short span of time.

Shining like a star, Sara Ali Khan made her much-anticipated Bollywood debut last year with ‘Kedarnath’. The actress made tremors across the Bollywood is the only debutante to have not just one but two films in a span of just a month that shattered box offices.

Sara is on the cloud nine with back to back success at the box office. Recently, Sara made her debut on the magazine cover as she graced the cover for the March feature. The absolute beauty has left us jaw-dropping mesmerized and we can’t simply take our eyes off from the picture.

Ever since she made her Bollywood debut with Kedarnath, Sara is the much talked about diva in the industry for her great sense of humor and charming personality. The audience is looking forward to see the actress on the silver screen. Owing to immense fan following, various brands have been queuing up to sign her as the brand ambassador.