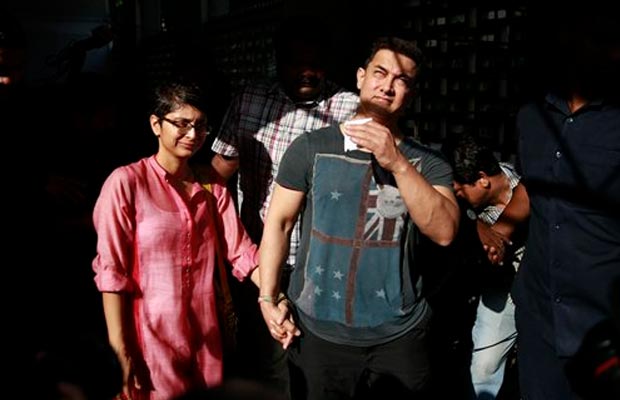 [tps_footer]Bollywood actor Aamir Khan has been talk of the country since he made a public statement about growing intolerance in India. The controversy started when Aamir’s wife Kiran Rao expressed her concerns on living in India and growing intolerance. All hell broke loose after that statement was said. Aamir suffered tremendous amount of backlash from the entire country. After having received threat calls, protests outside his house and recently a website that was created to slap him, Aamir has fallen into a new problem.

On Friday, an FIR was lodged against Bollywood star Aamir Khan and his wife Kiran Rao in Bihar’s Muzaffarpur district on a court directive for their controversial remarks on intolerance. The FIR was registered on the direction of the chief judicial magistrate, Muzaffarpur district, Sushma Trivedi, on a complaint filed by Mr. Ojha last week charging the actor with hurting the sentiments of the people by claiming that an atmosphere of intolerance prevailed in the country.

Advocate Sudhir Kumar Ojha lodged the FIR against the actor and his wife at Town police station in Muzaffarpur district under sections 153 (Wantonly giving provocation with intent to cause riot), 153A (Promoting enmity between different groups on grounds of religion, race, place of birth, residence, language, etc), 153B (Imputations, assertions prejudicial to national-integration) and 154 (Sedition) of IPC.

It seems like the problems for Aamir Khan and his family is not going to stop anytime soon. On work front, Aamir Khan will be seen in Nitesh Tiwari’s ‘Dangal’ next year.[/tps_footer]