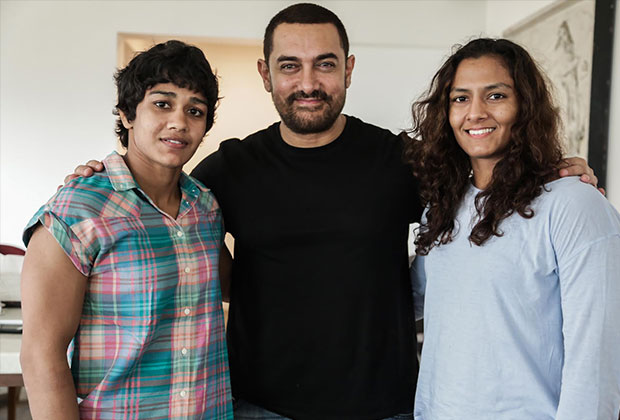 Aamir Khan who will be seen playing the father of Geeta Phogat in the biopic of Mahavir Phogat, Dangal will be heading out of town to attend Geeta Phogat’s wedding.

The wedding is taking place in Geeta’s village in Haryana and Aamir Khan is personally visiting her to give his wishes to her.

The wedding is happening on 20th of November. Aamir was initially scheduled to shoot for Advait Chandan’s film on that day. But he has now rescheduled everything to be there with her on her Big day.

Aamir will be accompanied by his on screen daughters, Fatima, Sanya as well as their director, Nitesh Tiwari.

Aamir had spent a lot of time with Geeta, Babita and Mahavir Phogat throughout the journey of the film and has got attached to the girls a lot since last two years. He is extremely close to Mahavir Phogat‘s family. He has been feeling emotional about the wedding, as he feels paternal towards the girls.

It’s going to be a very rural and traditional wedding, where even Aamir will be at service as he is from the girls side.

Geeta is the eldest daughter of the four daughters and is an international wrestling champion.

Spokesperson of Aamir shares, “Aamir is extremely attached to the Phogat family and is looking forward to attending Geeta’s wedding. He has taken all these efforts to be a part of the ceremony in her native village in Haryana.”