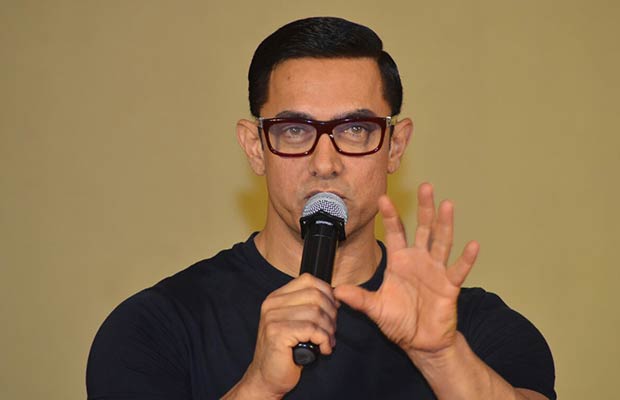 Aamir Khan is leaving no stone unturned to go all out for his upcoming release Dangal. The film, being eagerly-awaited, has left his fans anticipating. The actor has gone through many physical transformations for the film to make his appearance apt for the role.

The poster of Dangal was officially launched today. The actor, who was present at the poster launch, was asked about the buzz making rounds about the actor signing Rakesh Sharma’s next. However, the star left us all bewildered by answering, “I have not signed any film, I am reading a lot of scripts unless I don’t say yes to a film I will not talk about it, it doesn’t look good on my part”. However, this news was not much surprising as the actor has the habit of keeping all news confidential until he signs a project.

Incidents similar to this have happened earlier when the actor refused to give in details of his unsigned films. During the promotions of PK too, there were a lot of speculations about the actor signing Nitesh Tiwari’s Dangal. However, the actor kept mum about the acceptance of the project and gave an answer similar to what he said today.

However, immediately after the release of PK, the actor announced that he had signed Dangal and started preparing for it.

There were also many rumours about Dangal having no songs. However, Mr Perfectionist denied all such rumours. When the actor was asked if the film really didn’t have any songs, at the poster launch, the actor disproved, saying, “No, we will have 6 songs, no might be 7″. When reconfirmed, he clarified, “There is a certain situation in the film so the song is appropriate for it”.