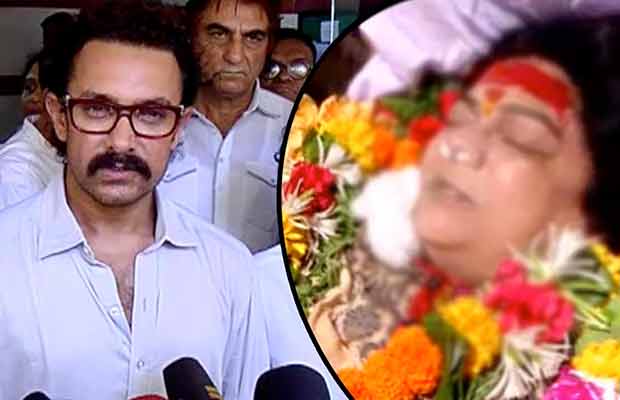 Reema Lagoo’s co-stars Aamir Khan and Sachin Pilgaonkar comment upon the sudden death of the actress.

The veteran actress Reema Lagoo, who was famous for her roles of mother in several Bollywood movies, passed away today in the morning. Her sudden death has left the whole Bollywood fraternity shocked.

The Bollywood actor Aamir Khan, who has worked with the late actress in his debut film Qayamat Se Qayamat Tak, also became emotional when he talked about the actress’s death. He says, “She was healthy and doing well. Her sudden death is saddening. My first film was with Reemaji Qayamat Se Qayamat Tak. She was a brilliant actor with a heart of gold. She had great interest in social issues, much better than youngsters. May her soul rest in peace.”

Another co-star of the actress and also the producer of famous TV show Tu Tu Mai Mai, Sachin Pilgaonkar talks to ANI saying, “Reemaji’s demise is a big loss. She had not only contributed to the cinema, but has also done a lot in the field of art. She was a versatile actor and started her career from Marathi stage.”

It was her sudden death which shocked Sachin also as he says, “She left us so early, which was never expected. I am shattered but the truth is that its destiny.”

Reema Lagoo passed away today in the morning, at 3:30 am due to heart attack.