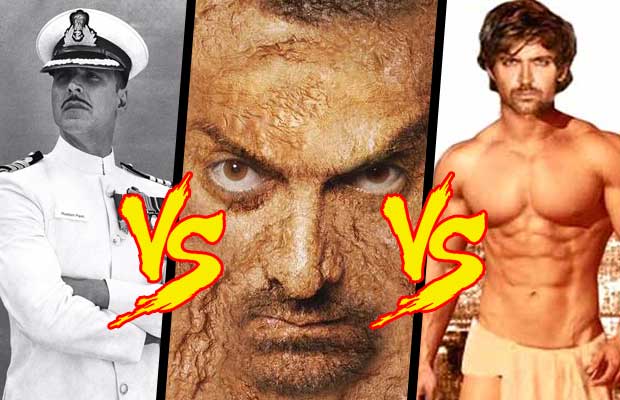 [tps_footer]It is a known fact that Bollywood’s Mr Perfectionist Aamir Khan releases his films during the Christmas period each year. However, this year the actor might give a miss to his lucky period and the reason is not what you think it is. According to reports, Aamir will not be releasing his much-awaited film “Dangal” during that specific festive season and instead the star will reschedule the release date of “Dangal” and make it an Independence Day release. The actor has decided on advancing the release of his film because “Dangal” is high on patriotism.

Dangal is an unusual film according to reports and sees Khan in a role like never before. He will be playing the role of the father to four girls. In a yet-unaired TV interview, Aamir said the film is a patriotic and emotional story and thus the best time to release it would be in August. His character in the movie carries a dream of winning a gold medal for India, which his daughters fulfill for him. Peppered with emotion, drama, patriotism and even female empowerment, it does make sense that the ‘3 Idiots’ star wants to release the movie on Independence day. It is said that the star has already started working to pre-pone the release.

Now since the release date of the film is shifted to August 15, Dangal will go head to head with the two other films slated for release namely the Hrithik Roshan starrer Mohenjo Daro that is directed by Ashutosh Gowariker and the Akshay Kumar starrer Rustom. Both these movies are very promising and it now boils down to who does better at the box office and with critics. [/tps_footer]