Aamir Khan Productions is all set to launch new talent after 8 years.

With Dangal, the production house is all set to launch Fatima Sana Shaikh and Sanya Malhotra. 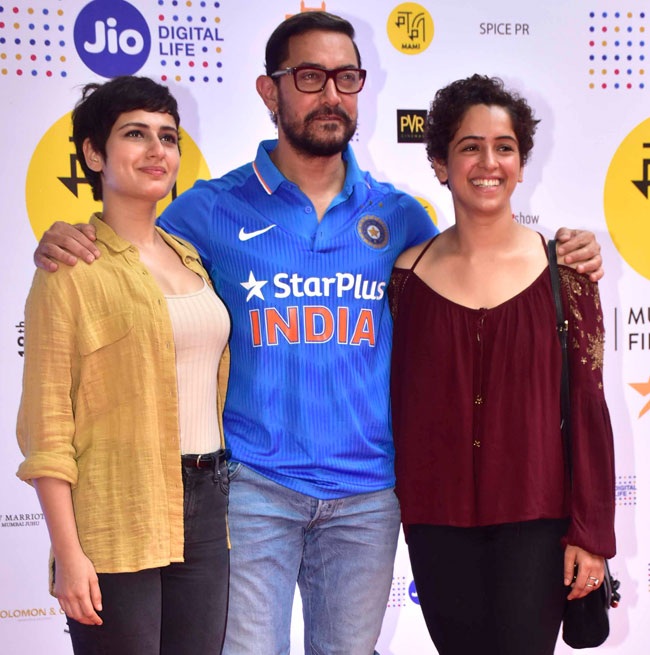 The duo will be essaying the role of Geeta Phogat and Babita Phogat, Aamir’s on screen daughters in the sports drama.

Both the girls were chosen after auditioning 10,000 girls in India.

Having to play the role of an international wrestler, Fatima and Sanya went through a grueling training of two years.

They were trained by National wrestling coach Kripa Shankar. Their moves had to look authentic and they were made to follow the same regimes as the real Geeta and Babita Phogat in order to look like professional wrestlers.

They also suffered a few injuries during the training process but their dedication never let them give up.

Fatima and Sanya have put their best foot forward and given their 100% to their characters.

They have been interning with Aamir and learning film making as well.

With Aamir Khan’s transformation as an ex-wrestler Mahavir Singh Phogat, the promising debutants Fatima and Sanya and the storyline, Dangal is one of the most awaited and anticipated film of the year.

Directed by Nitesh Tiwari, ‘Dangal’ is based on the life of Haryana-based wrestler Mahavir Singh Phogat and the journey of his daughters Geeta and Babita Phogat..

Also Watch Video: Aamir Khan Reveals His Look For His Next Movie Thugs Of Hindostan