Since Aamir Khan‘s Dangal has hit the screens, it has been busy casting its spell at the box office and breaking all records. The movie has created a new record and has earned Rs 353.68 cr. to become the most successful Hindi film ever.

The actor is overwhelmed with the film’s success and he took to Twitter to share his response to the audience’s love. Aamir tweeted,
“I am absolutely overwhelmed with all the love that ‘Dangal’ has got. It is one of the most passionate responses I have ever received. I want to thank everyone for owning the film as their own.” 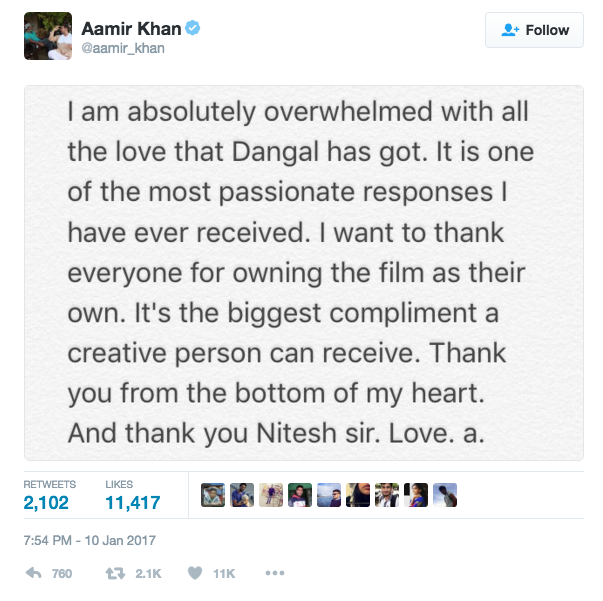 The sports drama film is directed by Nitesh Tiwari and is based on the real-life story of Haryanvi wrestler Mahavir Singh Phogat who trained his daughters Geeta Phogat and Babita Kumari to become world-class wrestlers.

Well Aamir, you deserve every bit of it!

Aamir Khan Is Happy And Thanks Audience For Their Love

The Reel Phogat Aamir Khan Is Impressed With Dangal‘s Response