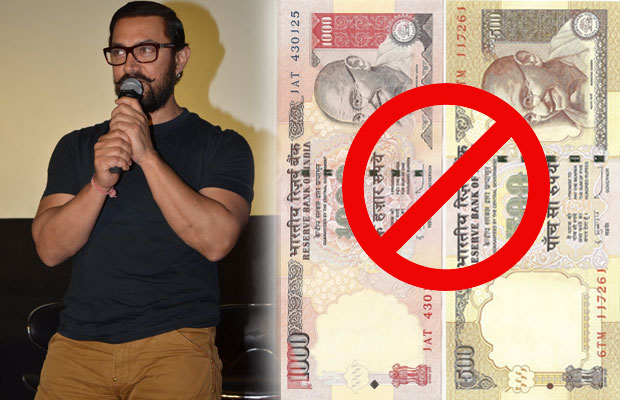 With demonetization hitting India hard, the Dangal actor Aamir Khan says it didn’t affect him much as he had no black money. In fact, he said that he was very keen in supporting Narendra Modi‘s initiative to cut off black money from the country.

Aamir showed his support for demonetization.

When Aamir Khan was asked about how he does the expenditure, so he said that he pays bills through cheque and credit cards and that is why he didn’t suffer. But on the other side he said he feels sad for the poor people who are suffering due to demonetization but he is happy about the initiative being taken and that’s why Narendra Modi should be supported.

When Aamir was asked about his children, he said he would only help them if they’re deserving. He said his son is studying theater and his daughter is planning not to study but pursue an acting career. He said he will help them but only till the point they should be. Aamir further said that he will not help them if they don’t deserve the support.

Aamir Khan is waiting for Dangal to hit the screens on December 23 which is a biopic on a wrestler.