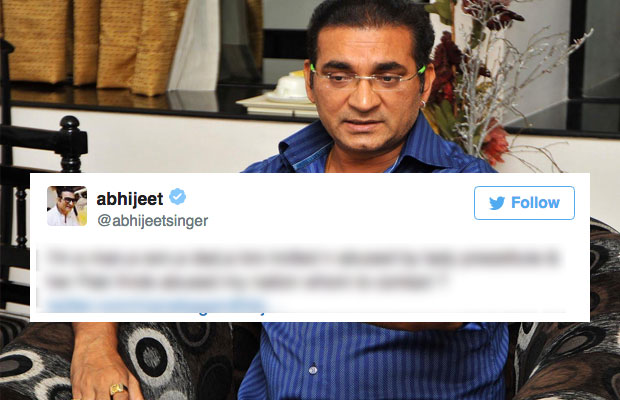 Veteran Bollywood singer Abhijeet Bhattacharya is known for his melodious voice but recently he made headline for posting some inappropriate tweets through his account.

Abhijeet Bhattacharya abused journalist Swati Chaturvedi on Twitter which got him arrested. A leader of AAP Preeti Sharma Menon filed an FIR against the singer after going through his tweets about a journalist. Abhijeet was taken to police station and his phone was confiscated after the complaint. The complaint was registered on the charges of public obscenity and outrage of modesty. Preeti Sharma Menon filed a Fir to the police commissioner telling him that the singer Abhijeet Bhattacharya used an obscene language on the social media platform for a woman journalist.

Now we hear that Abhijeet is bailed out of jail by his son as it was a bailable offence even this news was shared by the leader of AAP Preeti Sharma Menon.

After bailed from jail we hear that the singer was weeping as he was released from jail because of his son.

Is he thankful for his son or is he ashamed?