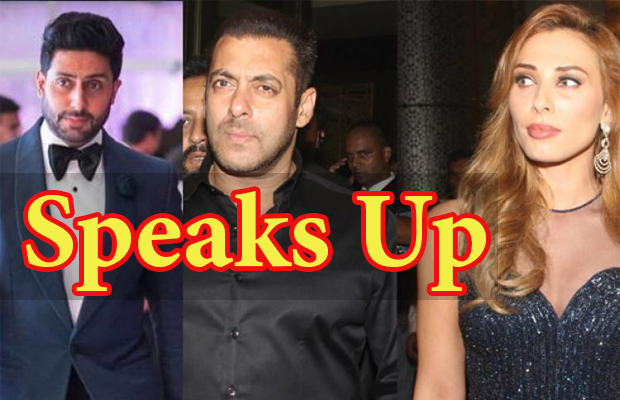 [tps_footer]Bollywood actor Salman Khan’s relationship with Iulia Vantur has been under limelight since they arrived together at Preity Zinta’s wedding reception. Reports also started doing rounds that Salman and Abhishek Bachchan interacted and even danced together.

Abhishek Bachchan had arrived alone at Preity Zinta’s wedding reception as Aishwarya was in Cannes. After wishing the lovely couple, Abhishek made his way out and that’s when he bumped into Salman Khan and Iulia at the gate. Abhishek then greeted the two, hugged Salman and in turn was pulled back into the party by the Bajrangi Bhaijaan star.  Reports also suggested that Abhishek pulled Salman and Iulia on the dance floor, which continued till 3 am.

During an interview for Housefull 3 on Wednesday, Abhishek was asked if he made Salman and Iulia dance together. To which he replied saying, “None of this is true. Because nobody was dancing there. But even if it is true, what’s the big deal.” [/tps_footer]