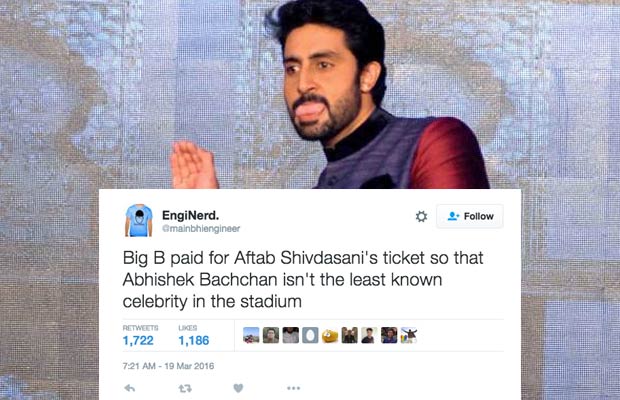 [tps_footer]Abhishek Bachchan is one celebrity who is always chilled out no matter what. The Junior Bachchan has always been sporting enough whenever someone has criticized him. The actor who is often targeted for his not so hit films has nonetheless always respected everyone’s opinions. Yet again Abhishek has impressed all the Twitterati with his witty reply to his hater.

The Junior Bachchan as we all know is active on the micro-blogging site Twitter. The actor not only posts about his whereabouts but also interacts with his fans regularly. The actor has been entangled in twitter wars many times. Yet again something of a similar kind has happened.

Abhishek Bachchan was name called as the least known celebrity at the WT20 match between India and Pakistan by a user on Twitter and the war of words started between the actor and the user. The conversation was

The user tweeted, “Big B paid for Aftab Shivdasani’s ticket so that Abhishek Bachchan isn’t the least-known celebrity in the stadium.” 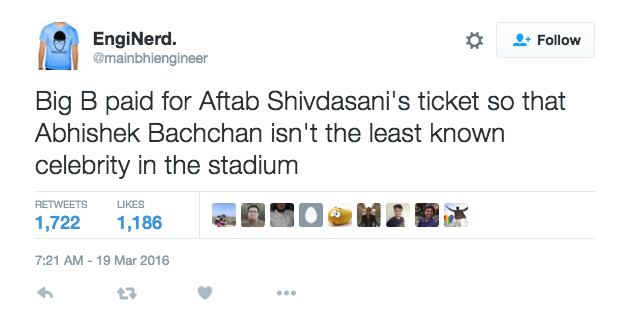 Abhishek replied saying, “@mainbhiengineer haha. Good try! “Least known celebrity”?Isn’t that a bit of a contradiction? Chalo, at least, you think I’m worthy of a tweet.” 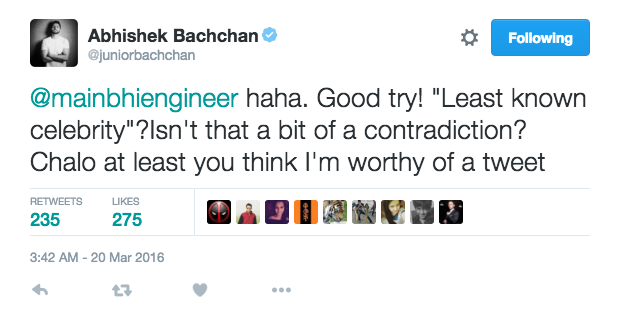 The hater further replied, “@juniorbachchan Sir honestly I think, u r worthy of not just a tweet but a million tweets. But not worthy enough to get my 3hrs & 300 rupees.” 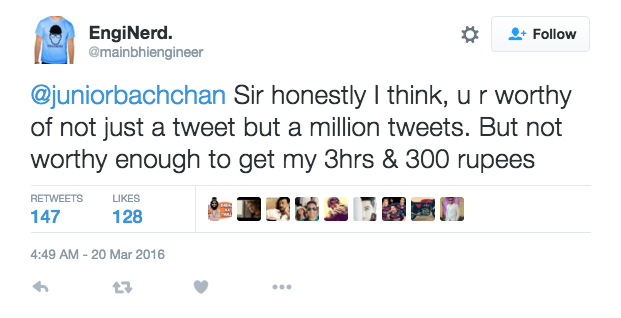 Abhishek Bachchan gave a smart reply posting, “@mainbhiengineer well a million tweets will most probably take you a lot more than 3 hrs and will cost you more than 300rs. U do the maths!!” 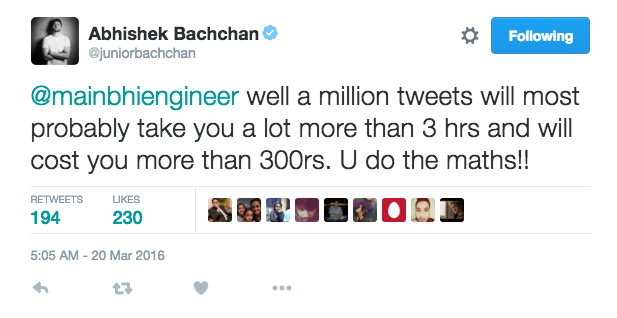 The actor further added, “@mainbhiengineer I would say it makes more sense to just watch a movie. But then again guess we shouldn’t expect much sense or logic from u.” 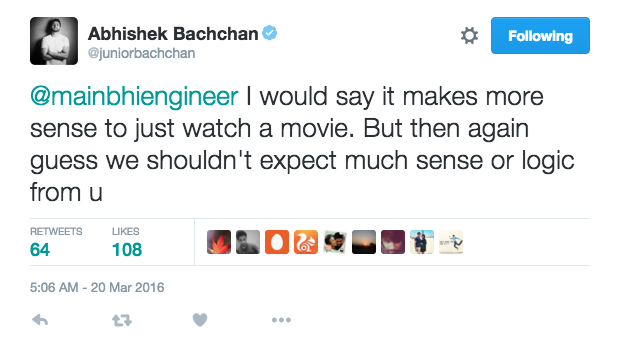 The rant did not stop and the user wrote, “Sir @juniorbachchan you can totally expect sense and logic from me, I’m not a movie named ‘Drona’.” 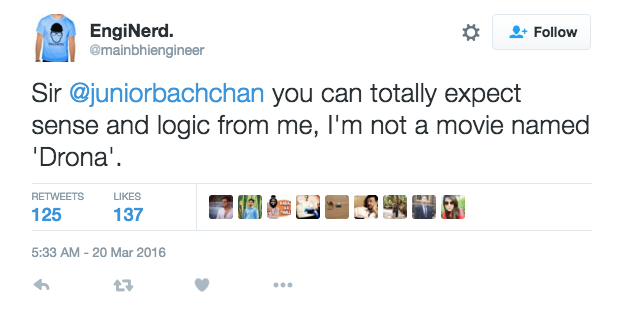 Abhishek finally said, “@mainbhiengineer “I’m not a movie named Drona”? Of course not. you are Mainbhiengineer. That makes complete sense and logic! Well done. 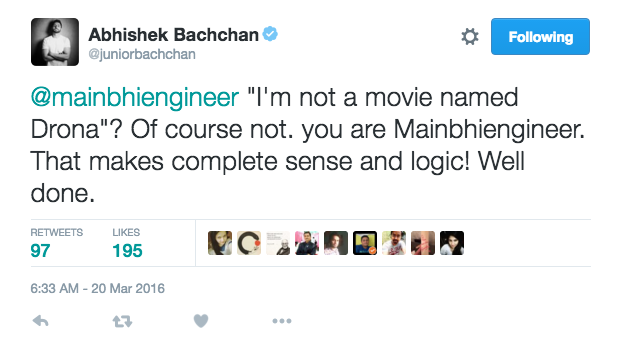 Well, stars and their twitter wars with fans are not new these days![/tps_footer]