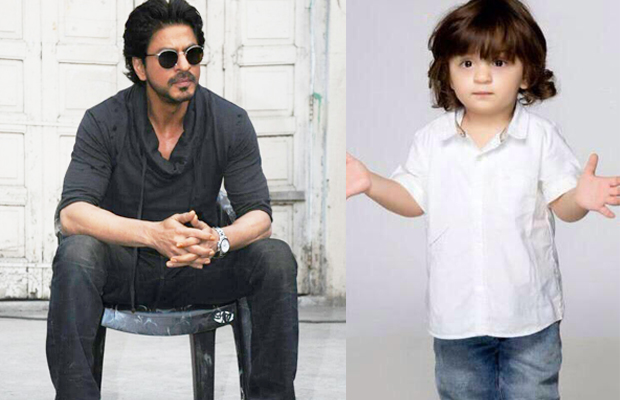 Superstar Shah Rukh Khan starrer ‘Raees’ is finally on the big screens and the movie is receiving amazing responses from the audiences.

Shah Rukh Khan who is celebrating his success said that he just wants to enjoy these moments and not think about anything else.

His little son AbRam who keeps on grabbing eyeballs of people has yet done it again. The little boy wants all the attention from daddy and wants to take him away to play with him when the actor was talking to media about his movie and its success. The actor revealed his son’s reaction when he watched Raees. Shah Rukh Khan said, “My son’s roar reflects my zone in life right now! I am very happy that my family loved the film, AbRam has responded to the movie just how every viewer has. He dances, he claps everytime I am seen doing an action sequence.”

Further when Shah Rukh Khan was asked whether he had spoken to Rakesh Roshan after the director’s comments on inequality in distribution of screens, he said, “No, I haven’t spoken to anybody yet, haven’t got the time,”

Talking about the positive responses that the film is receiving from the audiences he said, “I am happy that everybody is receiving the movie so positively and they are dancing and clapping and whistling.”

He even talked about his film promotion strategies and said “Not everybody can promote a film like we do because we make bigger films. It is not right to expect everyone to do what we do.”

He even expressed his feelings when ace actors like Amitabh Bachchan appreciate his work. “I have grown up watching their films. Amitji, Dharmendraji are my idols. It feels great and I am humbled that they loved my work.”, said the actor.