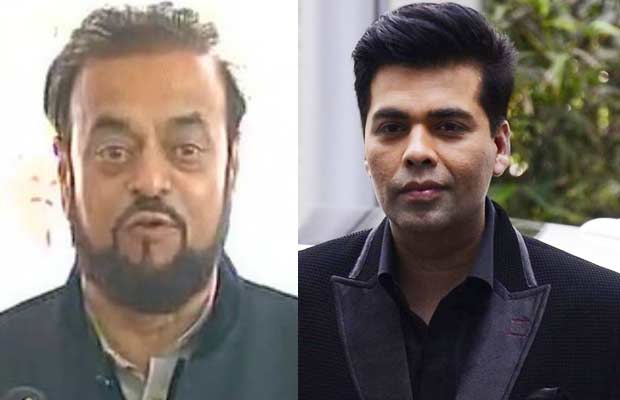 Samajwadi Party leader Abu Azmi is always seen passing controversial statements be it in case of rape victims or the latest being commenting about Bollywood director Karan Johar becoming a father through surrogacy.

It is also quite ironical considering Abu Azmi’s daughter-in-law is none other than Bollywood actress Ayesha Takia who has married his son Farhan Azmi.

While the entire Bollywood fraternity poured heartfelt congratulatory messages for the new proud father of twins, Yash and Roohi, Azmi decided to spread filth about Johar.

Mocking the decision and the route chosen by Johar, Azmi told ANI reporters, “tne bade ho gaye, shaadi nahin kar sakte? Koi beemari hai toh adopt kar lo. Surrogacy ka kya naatak hai ye? (He is so old; couldn’t he have got married? If he is suffering from any ailment, then adopt kids. What is this drama over surrogacy?)”.

Azmi was earlier quoted talking about the Bangalore molestation case in an extremely distasteful light. “In these modern times, the more skin women show, the more they are considered fashionable. If my sister or daughter stays out beyond sunset celebrating December 31 with a man who isn’t their husband or brother, that’s not right,” Abu Azmi had said, adding that “if there’s gasoline, there will be fire. If there’s spilt sugar, ants will gravitate towards it for sure”.

Karan Johar is the third Bollywood celebrity to choose the surrogacy route after Shah Rukh Khan and Tusshar Kapoor.