He is known to be a shy person, averting media as much as possible. Aditya Chopra made his first film when he was only 23 years old which became a classic, Dilwale Dulhaniya Le Jayenge.

Befikre, which marks the return of Aditya as a director after 8 years, is all set to release this weekend. The lead actors, Ranveer Singh and Vaani Kapoor, have done all that is in their power to promote and publicise the film. Looks like someone had a FOMO (fear of missing out) moment. And it was none other than Mr. director, Aditya Chopra.

And the medium he decided to convey his feeling was through a heartfelt blog. Yes!! Check out this blog post titled ‘My Second First Film’ written by Adi Chopra but posted by Ranveer Singh on his Twitter account.

The blog also contains a picture with him in the frame! Yes, another not-so-common occurrence. Aditya in front of the camera! The blog was written by him and was delivered to the fans and followers by his Befikre hero, Ranveer.

He has somehow always successfully managed to stay out of the limelight. And it’s just not the media, but the making of his film’s videos even. Be it Mohabbatein or Rab Ne Bana Di Jodi, except his first film DDLJ, Adi has been missing in all the videos.

Now, after 21 years when he decided to talk, don’t you wonder if it’s a publicity stunt? Well, whatever made him come out of his shell, it was one good move! 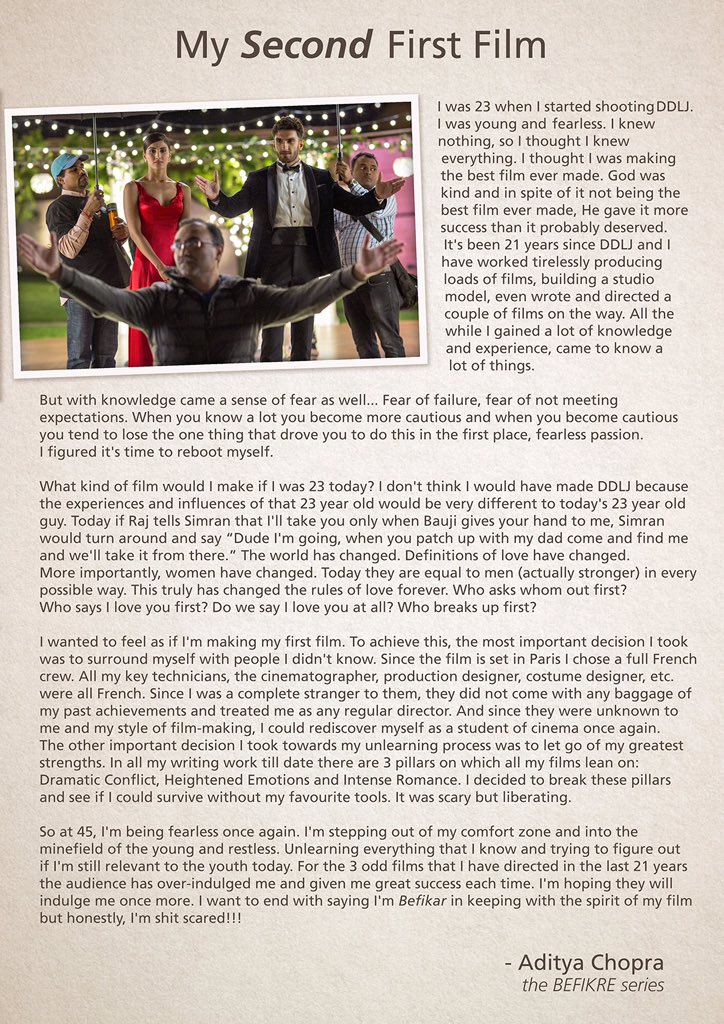