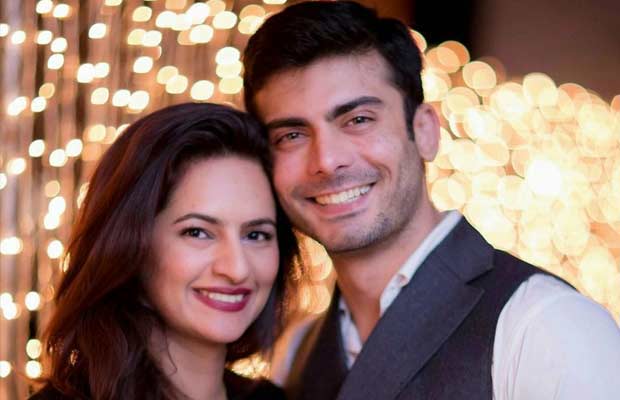 [tps_footer]Fawad Khan is one actor who has an unimaginable female fan following. The Pakistani handsome hunk since his debut in the tinsel town is applauded for his sharp looks and intense acting skills. The dashing actor started off his career with the film ‘Khoobsurat’ opposite Sonam Kapoor and since then his fans have been increasing on an uncountable rate.

Well, Fawad is now geared up to impress the audience yet again with his upcoming film ‘Kapoor & Sons Since 1921′. The movie which has a love angle to it is also a family entertainer. The much awaited film also stars actors Alia Bhatt and Sidharth Malhotra along with Fawad Khan.

Soon after the film ‘Khoobsurat’, Fawad came to be known as the most handsome star of B-town. The talented actor not only impressed everyone with his killing looks but also gave a promising performance in the movie.

Recently in an interview, Fawad was asked to comment on the viral fan following and female attention he gets. The humble actor who is happily married is nonetheless a doting husband. Fawad commented on the same saying that he is scared of his wife’s father when it comes to acknowledging the female fans and attention. The actor further jokingly said that his father in law is a strict man and has also served in the government.

In order to keep the matters in place, Fawad adds that he avoids the female fan following topic altogether in front of him. The dashing talent bundle diverts the question and brings up matters related to the country. Well, must say Fawad Khan is not only an example of extreme good looks but is also a perfect son in law!