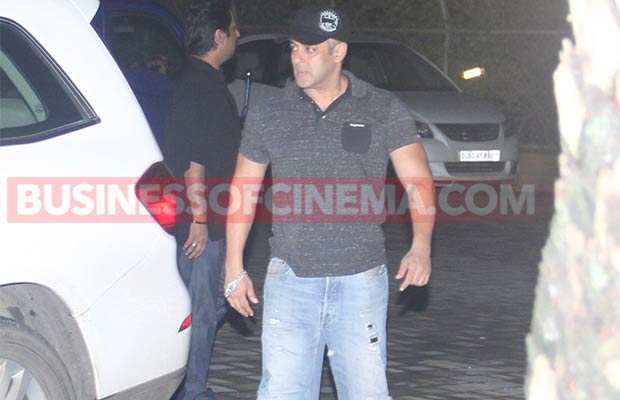 [tps_footer]Actor Salman Khan is totally opposite to other superstars of B-town and always does what his heart instructs him to do. He is the only actor of B-town who does not believe in following the norms and this was proved yesterday while the actor was partying with his family at sister Arpita Khan Sharma’s house in Bandra. Salman along with his girlfriend Iulia Vantur arrived at sister Arpita Khan Sharma’s party. The actor partied until wee hours of the morning with his entire Khan family.

Salman Khan didn’t just surprise photographers by arriving together with his girlfriend but also, gave them a special treat. Yes, Salman gave yet another surprise to photographers who were waiting for long outside Arpita’s house. The Bajrangi Bhaijaan star treated media with amazing food. That’s called Salman Khan style!