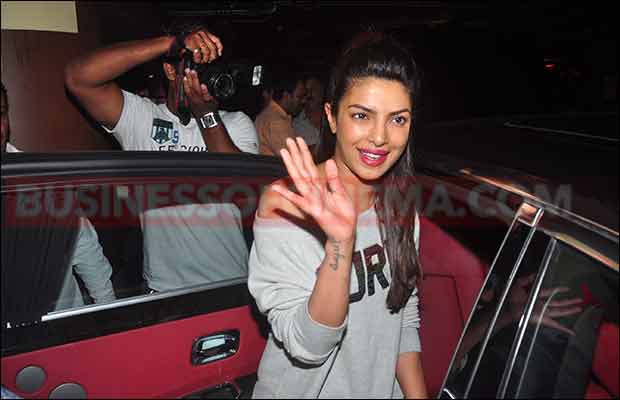 Bollywood star Priyanka Chopra has taken a massive step by signing a contract with Hollywood’s leading talent agency WME. Priyanka who was earlier signed with CAA since 2012 has entered into a new contract with William Morris Endeavor, an American talent agency situated in Beverly Hills, California. Priyanka Chopra has no doubt established herself as an artist with immense talent and with time the actress has grown into an international celebrity.

It is definitely a proud moment for the actress to achieve something so big. Her recently launched TV series Quantico, under ABC network is catching up with the American audience who are loving her role as Alex Parrish. PC was offered around 25 scripts when she first approached ABC, and out of them all she handpicked the role of Alex Parrish, an FBI agent who is accused of being involved in post 9/11 terrorist activity.

Also Read: Guess Who Got Lucky And Was Treated For Lunch By Priyanka Chopra?

William Morris Endeavor has well known musicians in their catalogue which now boasts of a new addition, Priyanka Chopra. As we all know she is not only a great actress but also a phenomenal singer who has sung songs like ‘In My City’ and ‘Exotic’ featuring rapper Pitbull. Priyanka’s song “In My City” was also played at NFL Network’s 2013 Thursday Night Football as the theme song. WME has associated with artists like 2 Chainz, A$AP Rocky, Alicia Keys, Afrojack, Paris Hilton, Backstreet Boys and Frank Oceans among others.

On the work front in Bollywood, Priyanka Chopra has finished shooting her film ‘Bajirao Mastani’ starring actors Deepika Padukone and Ranveer Singh. Priyanka Chopra who has done more than 50 films in Bollywood in a very small time, is all set to dazzle the audiences once again on December 18 when her film releases. Well congratulations on the new venture PeeCee, we wish you the best!