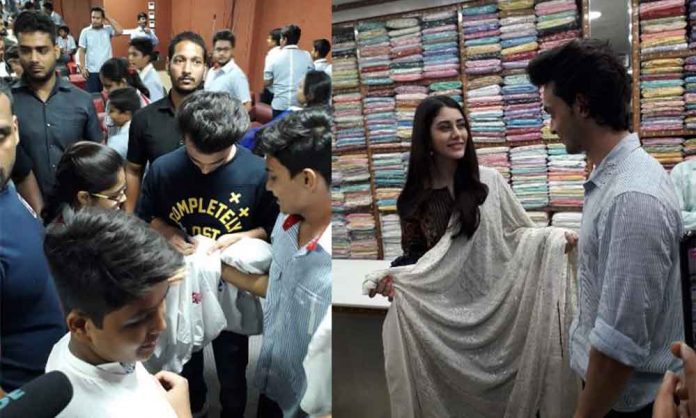 Ahead of the film’s release, young stars Aayush Sharma and Warina Hussain visited Lucknow to promote their upcoming movie. During their stay in the City of Nawabs, the duo indulged themselves in authentic Tundey Kebabs, shopping, and Heritage visit.

The one day stay of the actors in Lucknow was full of fun activities. The duo started the day by visiting a school where Aayush and Warina interacted with the students and teachers teaching them the steps of Chogada as well.

The duo ended the day by visiting the heritage place of Rumi Darwaza in the evening where they also tasted local Golgappes at a roadside thela.

Lucknow happened to be the fourth city visit of the Loveratri team after Ranchi, Kolkata, and Baroda. The Loveratri stars have kickstarted the film’s promotion in full swing.

The trailer had earlier set the mood right with foot-tapping music and colorful backdrop ahead of the festive season of Navratri.

Loveratri revolves around the love story between Aayush Sharma and Warina Hussain.