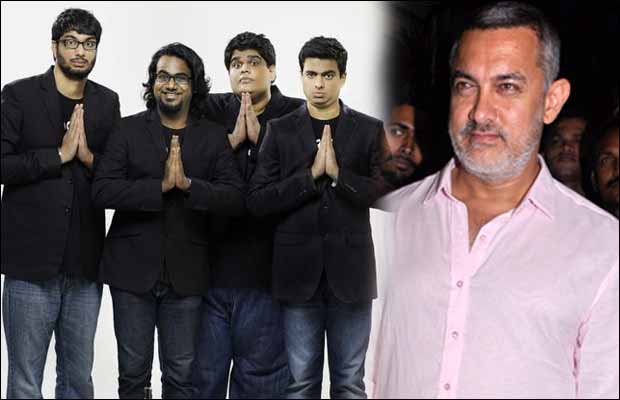 [tps_footer]AIB Team has called it shots to Aamir Khan ’s intolerance comment. It so happened that when AIB was criticized for its content and language during the Karan Johar, Arjun Kapoor and Ranveer Singh show, Aamir Khan had also blamed AIB for the same. The perfectionist was not too happy with the Roast and had also expressed it. The Dangal actor Aamir Khan went ahead and had opined that one cannot go around and attack anyone they feel like.

Finally, the guys of AIB Roast have taken a shot at Aamir Khan too for his intolerance comment. Aamir Khan landed in a big soup after he commented that there is growing disquiet in the country and that his wife Kiran Rao had suggested that they move out of India as she is concerned about the kids. Almost everyone criticized Aamir for his stance and a few political parties went all raged on the actor.

Now with the following stance, AIB has attacked Aamir Khan for his irresponsible comment and has also questioned him by asking how it feels when without knowing the actual meaning one is attacked. The following discussion took place on their Sunday show On Air With AIB.

After the much discussion, the debate finally concluded with the stated question. Seems like, AIB doesn’t forget any of its pin pointers. The debate however, was not one sided and the some members of AIB also supported Aamir hinting that one has a right to speak his mind.

The intolerance row has surely been a big confused incident for Aamir lately; the actor has since then remained mum and is busy with the shooting of his upcoming film ‘Dangal’. Aamir also wrote a lengthy explanation for his comment and cleared his stance.[/tps_footer]