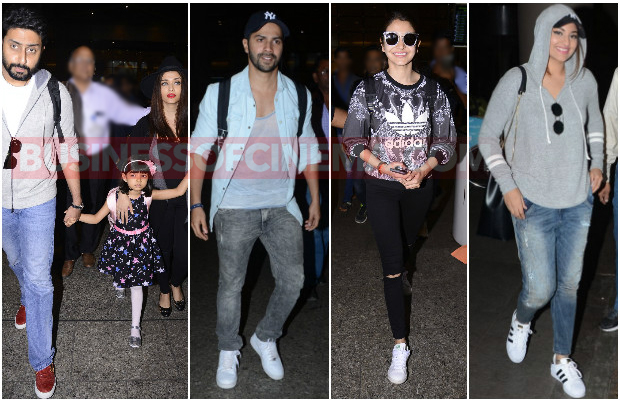 Finally, the New Year holidays are over and B-town stars were seen retuning back to India after having a wonderful time with their family and friends. Like every year, the Bollywood stars had taken their favourite holiday destination for the New Year celebrations. B-town couple  Abhishek and Aishwarya Rai Bachchan were clicked arriving at the Mumbai International airport from their Dubai holidays along with their daughter Aaradhya.

Abhishek Bachchan is soon going to start shooting for his upcoming film ‘Lefty’. The lead actress is yet to be finalized for the film but if reports are to be believed, Aishwarya Rai Bachchan had shown keen interest in playing the lead opposite Abhishek. However, Junior Bachchan seems to have rejected the idea.

The reason of this rejection will surprise their fans. A leading daily quoted a source in this regard:

“Since it’s a home production, Ash was keen on doing the film. But Abhi has instructed his team to look for a fresh, young face to play the leading lady. He thinks Ash may be too mature for the role.”

The film will be directed by Prabhu Dheva and we will get to see Bachchan Jr playing the role of a super-human who sets out to save the city with his special ability to sense trouble with his left hand.

Since no official announcement has been made on this, we are still wondering what the truth is.

On the other hand, Anushka Sharma, who had a wonderful New Year with beau Virat Kohli was also spotted arriving at the airport from Dehradun. While Anushka returned to Mumbai, Virat took the flight to Delhi from Dehradun. The duo is surely giving us real relationship goals, aren’t they?