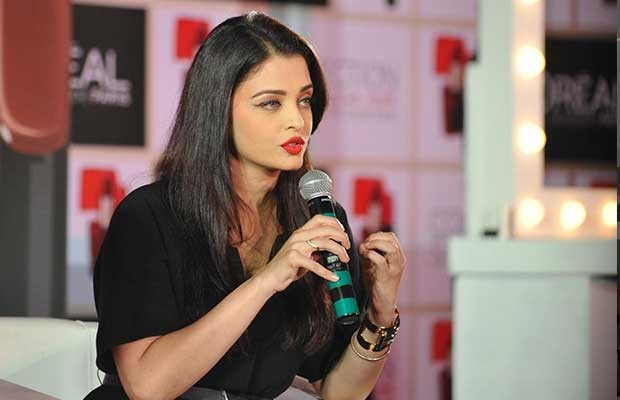 [tps_footer]Aishwarya Rai Bachchan was spotted attending the trailer launch of her upcoming movie Sarbjit along with her co-star Randeep Hooda. Stars always request the media to ask questions related to the event and nothing controversial, but Aishwarya’s name in Panama Leak Papers is a hot topic and Amitabh Bachchan has also made it to the list, but he declared an official announcement related to the false claims of tax evading. Unlike her father in law, Aishwarya didn’t come up with any official announcement and everyone was expecting a dignified silence from her. A journalist present at the event couldn’t tolerate her silence, we guess, so the question was thrown at Aishwarya to open up about this new controversy.

Journalists are doing their job but there is a limit for everything and one needs to be sensible enough to ask questions related to the event but we can’t deny the pressure of faced by media people to report news to their respective heads. Recently, when Aishwarya was spotted at a multiplex, media people surrounded her again and asked her questions related to Panama Leak Papers. This time, Aishwarya just dazzled her smile, looked at the reporters and moved on.